‘What are you Christians doing here?’ Matt Renata on faith and protest at Ihumātao

In Embryos, Crispr Can Cut Out Whole Chromosomes—That’s Bad

Matt Renata was a constant presence at Ihumātao, assembling what he calls a ‘church of the good vibes’. He tells Justin Latif about tackling the sceptics, and his work with old friend Pania Newtown.

“Why do you believe in this colonised God?”

That’s the question Protect Ihumātao co-leader Pania Newton put to church-minister-in-training Matt Renata while the pair were travelling together around the Pacific on a youth leadership scholarship a couple of years ago.

Despite the provocative question, the pair would become firm friends. So when the police began evicting protestors from Ihumātao on July 23, 2019, Renata and his wife Rachel dropped everything to support Newton and the kaitiaki and whānau at Makaurau marae. The couple and their friends returned almost every night for the next several months.

“A few nights after the initial eviction, Jacinda announced a halt to any development on the land, so we headed down there about 9.30pm,” he told The Spinoff. “When we got there Pania looked so exhausted. She had the media pulling her in one direction, whānau pulling her in another direction plus all these young fans following her around looking at her like she’s the new Dame Whina Cooper – wanting to take selfies with her. She just comes up to me, takes my hand and she says, ‘can you pray for me?’ – in front of everyone – and I replied, ‘are you sure, right here, right now?’ And she goes, ‘please bro.’”

Newton next asked that he run a whole day of karakia on Sunday, and invite all the local churches and people of faith in the area.

“You know who turned up – all the Māori and Islander churches. You had Pai Mārire, Rātana, Ringatū [Māori Christian denominations], Cook Islanders, Tongans, Hawaiians, West Papuans and Sāmoans but when I hit up the local Pākehā churches they were reluctant to come down.”

Running all-day whakamoemiti [church services] did ruffle some feathers, however. Renata would often hear a few of the locals calling out during the open air services, he recalled. “What are you fuckin’ Christians doing here? You missionaries are part of the reason the land was confiscated.”

However that all changed on August 4. On a blustery Sunday morning, Newton decided the crowds should move their service to the small mountain, Puketapapakanga a Hape, behind police lines.

“In the second week Pania says we are going to karakia ki te whenua (pray on the land), in agreement with the police, and then for whatever reason the police sent in another couple hundred officers to block us off. During the service hundreds of people are there, so I tell her I don’t think we should do it, and she says ‘we need to do it, it’s our whenua’,” he said.

“Then Pania, my wife and a few other wāhine pushed through the police line. And instead of arresting them, the police just let them through and everyone followed.”

As the campaigners streamed onto the land, from where they had only been evicted two weeks earlier, Newton once again urged Renata to step up and help facilitate.

“So as we’re walking onto the land, Pania goes, ‘you’ve got us bro? You’re leading this.’ In my whole time I’ve been in church they’ve never told us how to prepare for moments like this. You’ve got to remember I’m a Baptist boy – raised in a Baptist church for 15 years – so I’m a little bit conservative. But as we’re walking up the maunga I start having this sensation coming through my gumboots – and it comes up my legs, and it gets stronger and stronger – and I just feel like bursting out into tears.”

As an elderly kuia broke into a powerful karanga, Renata began crying, and noticed many others were crying too.

“I honestly believe I was feeling the pain this land has experienced, that feeling of separation, of people being ripped away from their ancestral lands. In the Bible it says, ‘blood cries out to me from the ground,’ and to me it felt like all the injustice and hurt that has been done to Māori over generations was coming through the land and into me at that moment. And then I look to the left and right of me, and these huge Māori men have tears streaming down their tattooed faces as well. While it was a very painful thing to endure, it was a very beautiful healing moment as well.”

But before Renata could fully lose himself in the moment, Newton whacked him on the shoulder. “Get your arse up there, talk to the people and give them some hope,” he recalled her saying.

Despite having nothing planned, Renata began preaching.

“It’s as if something takes over and I start busting out all this te reo Māori that I’ve never used before and all these people are just hanging on my every word. So I call on everyone that we need to end our separation from the land, from our culture, and take hold of this moment to reclaim, not just Ihumātao, but our identity as a people and as I finish, suddenly all these men – from young boys right through to old men step forward and break into an intense haka.”

As the haka ended, the heavens opened, drenching everyone. But instead of putting a dampener on proceedings, said Renata, it was like a further sign that they had experienced something supernatural.

“As we walk back to our tents the feeling is like we’ve just won a battle. And all those whānau who had been saying, ‘fuckin’ Christians’ were now saying to us, ‘how did you learn that shit, if your church is about that shit, we’re down for that.’

“From that day onwards, our Sunday services were nicknamed the ‘church of the good vibes’, and people just kept coming back each Sunday to soak in the vibes — and to be honest these times brought an increased sense of hope to the campaign that we would eventually prevail.”

However, the experience also left Renata questioning his own faith and church upbringing. As someone who was “born again” at 18, the 33-year-old has been a faithful member of the Baptist denomination his whole adult life, but instead of feeling supported to face the challenges Ihumātao threw up — he started to question if his largely Pākehā church environment truly respected his cultural identity.

“I became very disillusioned with our church after that,” he said. “I’ve been a Christian for 15 years and they never equipped me for this moment. And actually I felt they let me down. They might chuck in a kia ora every now and then – but fundamentally that isn’t going to help me serve my people.”

Today, Renata is still trying to reconcile his deeply moving spiritual experiences at Ihumātao with his staid bible college environment.

“A lot of other churches have jumped all over Ihumātao once it became popular to do so. But we didn’t see many of them down there, yet now many are trying to claim their involvement with the movement by association through us,” he said.

This Saturday, Renata and Newton will be delivering one of the keynote speeches at TearFund’s Justice Conference. Renata hopes to challenge listeners, who are likely to be predominantly from mainstream churches, to truly embrace Te Tiriti o Waitangi and engage with movements like what was happening at Ihumātao, rather than stay away until the drama has died down.

Pania Newton and Matt Renata’s talk will be streamed live on October 31. Go to the Justice Conference’s website for more information. 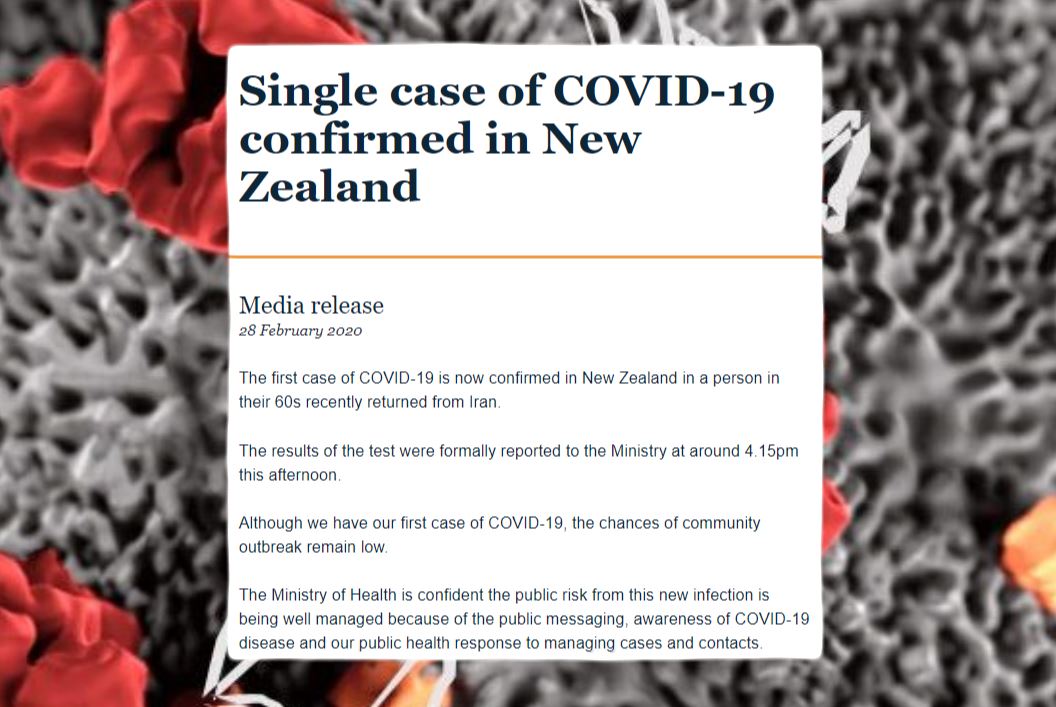 Covid-19: a timeline of one year of the coronavirus in New Zealand