Jared Kushner: African Americans must ‘want to be successful’ | US & Canada News 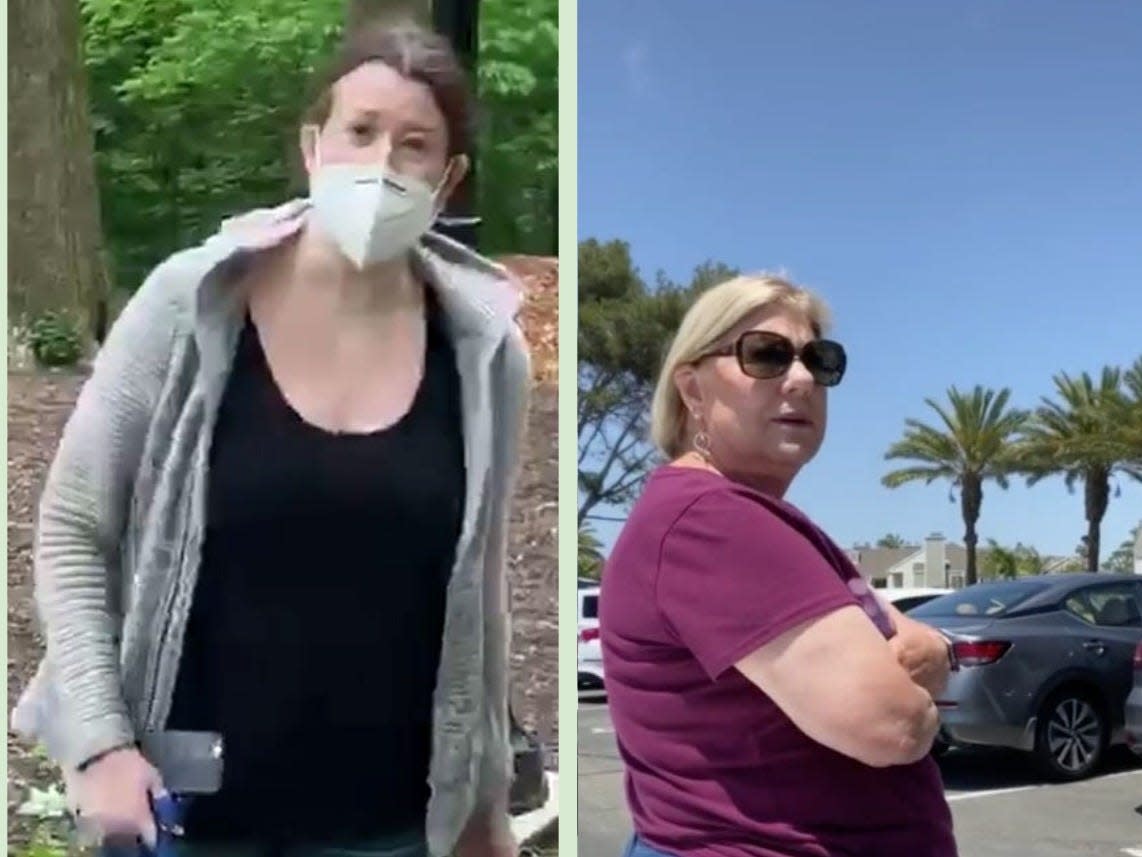 Before the public learned the name of a white woman who called the police on a Black man in Central Park on May 25, she could easily be identified by a moniker. The internet agreed with certainty that Amy Cooper was a “Karen.”

Days later, another woman went viral for leaning on a car in a parking lot to prevent the driver from getting their desired parking spot. The internet agreed she too was a Karen.

In the weeks since, the internet has been entranced by viral videos labeling women “Karens,” including “coughing Karen,” who coughed on patrons at a New York City bagel shop, and a woman who, with her husband, called the police on her neighbor for writing “Black Lives Matter” with chalk on his own property.

The Karen meme, which has become so ubiquitous it’s been used as a Halloween costume, burst on to the scene in the past couple of years to describe white women perceived as acting entitled in public.

Now, it’s used as a moniker for any white woman who’s thought to be acting inappropriately, rudely, or in an entitled manner.

“It’s almost like they have an entitlement, where they’re kind of lording their privilege over another.”

Before Karen, there was the ‘speak to the manager’ haircut

The “speak to the manager” haircut became its own meme before the Karen character took hold online.

According to Know Your Meme, the joke was first posted on Reddit in 2014. Between 2016 and 2017, that idea began to spread throughout Reddit and spawned other images, including “starter pack” memes.

The best, and most infamous, example of the haircut in real life was worn by Kate Gosselin of the popular mid-2000s reality show “Jon & Kate Plus 8,” which followed a married couple rearing eight children.

The haircut is a side-swept bob in the front with spikey and much shorter hair in the back.

Vice wrote about the “often-maligned haircut” in October 2018, arguing that the hair style is actually iconic and a “a socially necessary style object.”

“It’s a very easy, recognizable thing to meme,” Schimkowitz said, adding that just a name itself is hard to make memes out of, and the haircut imagery helped contribute to the Karen character. “All of these elements kind of blend together.”

The origin is hard to pin down

While there are many origin stories for the Karen meme, it’s not totally clear where it came from, as is the case with many memes.

“The origins of Karen are kind of really hard to pin down,” Schimkowitz said.

Schimkowitz said the most convincing theory is that the character originated from a Dane Cook comedy special that aired in 2005.

“Every group has a Karen, and she is always a bag of douche,” Cook said in the routine. “And when she’s not around, you just look at each other and say, ‘God, Karen, she’s such a douchebag!'”

Many associate the use of Karen in a pejorative sense with “Mean Girls,” which came out a year earlier, in 2004.

The movie’s line “Oh, my God, Karen — you can’t just ask people why they’re white” has been used as a meme over the years.

Jay Pharoah joked about women named Karen in his 2015 comedy special, “Can I Be Me?” In an October 2020 interview with PeopleTV, Pharoah said that he didn’t know about Cook’s special at the time, but that he’d been making the Karen joke for years.

The subreddit r/F—YouKaren was created in 2017, according to Know Your Meme, where it has amassed more than 600,000 members.

The page’s description says it’s “dedicated to the hatred of Karen” and its profile picture is of Gosselin.

The Urban Dictionary definition of “Karen” first appeared in March 2018.

Also in 2018, memes about Karen being an ex-wife who wanted to take the kids in the divorce began circulating online, Know Your Meme said.

Gosselin and her husband divorced in 2009, which spawned a 10-year custody battle over their kids.

There’s a wide array of “white cop-caller nicknames” used in cases like Cooper’s, Schimkowitz said, where a white person calls the cops on a Black person or group of people out of entitlement.

In May 2018, a woman named Jennifer Schulte, in Oakland, California, earned the nickname “Barbecue Becky” for calling the police on black men using a charcoal grill in a park for their barbecue.

Similarly, the alliterative nicknames “Permit Patty” and “Cornerstore Caroline” have also been given to other white women who have called the police on Black Americans.

Tweet Embed:
//twitter.com/mims/statuses/1010577140595560448?ref_src=twsrc%5Etfw
So my little cousin was selling water and didn’t have a permit so this lady decided to call the cops on an 8 year old. #PermitPatty pic.twitter.com/SiL61pnAgl

But somehow Karen is the name that stuck.

“The Karen meme just blew up in such a way that it just kind of took over all forms of criticism towards white women online,” Schimkowitz said.

“It just became the de facto insult to log a woman who is exerting their entitlement or their privilege.”

Use of viral nicknames such as ‘Karen’ has been criticized

While many women who are memed and called Karen are doing things in public perceived to be rude, others — like Cooper — are known for exerting power dynamics in a dangerous way.

“Usually, the meme is associated with lower-stakes situations, like a person at an Applebee’s who got the wrong meal — not serious questions of racial justice and silence and privilege,” Schimkowitz said.

There’s a big difference in what happened with Cooper in Central Park — who explicitly threatened a Black man with the police by invoking his race — and the other viral Karens who have done things like try to reserve parking spots.

Tweet Embed:
//twitter.com/mims/statuses/1264965252866641920?ref_src=twsrc%5Etfw
Oh, when Karens take a walk with their dogs off leash in the famous Bramble in NY’s Central Park, where it is clearly posted on signs that dogs MUST be leashed at all times, and someone like my brother (an avid birder) politely asks her to put her dog on the leash. pic.twitter.com/3YnzuATsDm

David Dennis Jr., a journalist who has written about the pitfalls of assigning nicknames to women who do nefarious things, told Insider that calling women like Cooper by a false name grants them a level of anonymity and belittles what they’ve done.

“It seems like [Cooper] used his race and wanted the police to either arrest him or beat him up or kill him,” Dennis said. “And I think that’s something that we can’t forget, that all of these women are doing.

He said when Karens commit racist acts, the public needs to remember their real names to ensure that they can be held accountable in some way.

“These people go out into the world, they have jobs, they do things that impact people,” he said. “We need to remove them from those positions.”

In Cooper’s case, she was fired from her job, and her dog was temporarily taken away. Dennis said he’s glad this incident turned out in a positive way, but doesn’t always happen like that.

“I understand what [the Karen meme is] doing as a function of making fun of these women who are doing these things. But, also, we can get so sucked into it — that we feel like that’s enough,” he said.

“I think there is a function of adding virality to them by using nicknames, that you’re going to get more eyes on the video … But I think that there’s also just this desire to gain popularity on social media by being clever.”

Still, Dennis sees a clear connection between the stereotyped Karen who asks for the manager and those who call the cops on Black folks.

“It ties into this audacity that white women are showing, especially now, that they’re owed something by the world — that they are to be served — especially when it comes to marginalized people or people who they feel are below them, like working-class people or essential workers,” he said.

Many essential workers have expressed fear amid the coronavirus pandemic, as some people are threatening to inflict harm on others by refusing to wear face masks.

Even President Donald Trump has continued to deny the importance of using face masks to slow the virus’ spread.

“There is a connection there between the racism of calling the police on a Black person,” Dennis said, “and feeling as though you are there to be served.”