Top Town: The Kiwi game show that brought the nation together 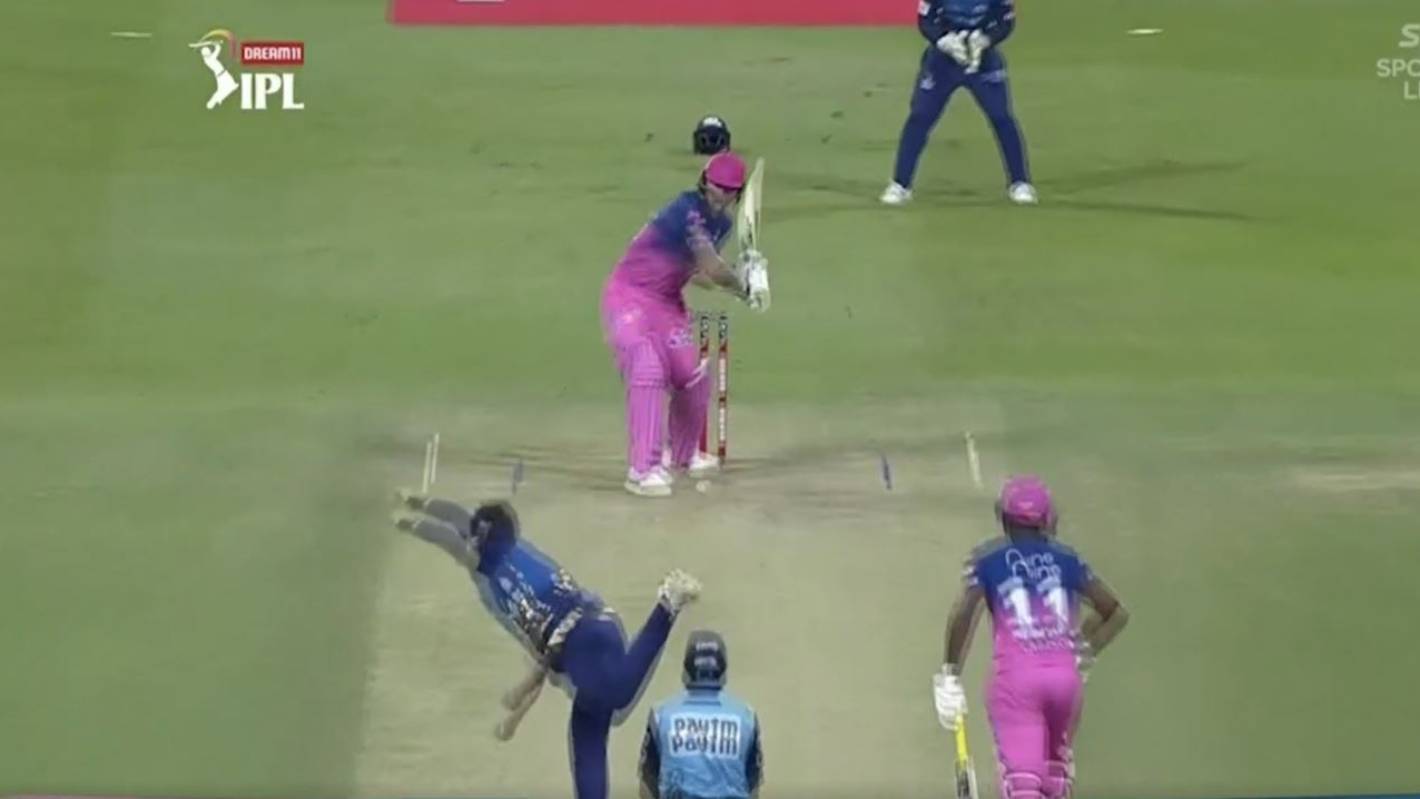 Ben Stokes hit his first century in this season’s Indian Premier League to propel Rajasthan Royals to an eight-wicket win over leaders Mumbai Indians on Sunday.

At Dubai, Virat Kohli’s third half century in this edition proved to be in vain as Chennai Super Kings thumped playoff contenders Royal Challengers Bangalore by eight wickets.

Stokes regained his touch against one of the best bowling attacks in the IPL as the Englishman made an unbeaten 107 off 60 balls and Rajasthan romped to 196-2 with 10 balls to spare.

Hardik Pandya’s 21-ball 60 not out had earlier lifted Mumbai to 195-5 after stand-in captain Kieron Pollard won the toss and chose to bat in the absence of injured regular skipper Rohit Sharma.

“It’s a sort of bittersweet to be honest,” Stokes said.

“Bit taken aback by why it’s taken me so long to get into the tournament for the team. To be honest the training I’ve had yesterday was the best I had throughout my time here, so I came into this with a bit of confidence.”

Rajasthan are in sixth place with 10 points and still in with a chance to qualify for the playoffs. Despite their heavy defeat, Mumbai retain the No 1 spot after 11 games with 14 points on a better net run-rate than Delhi Capitals and Bangalore, who also have 14 points each.

Stokes raised his century with a pulled six off James Pattinson (2-40) before closing the game by lifting the Australian fast bowler over extra cover off the next delivery. His impressive knock included 14 fours and three sixes.

Stokes was ably supported by Sanju Samson, who made an unbeaten 54 off 31 balls. Their match-winning 152-run partnership off only 82 balls came against a bowling attack that included Jasprit Bumrah (0-38) and Trent Boult (0-40).

Pattinson had provided two early breakthroughs inside the batting powerplay but Stokes and Samson’s counter-attack proved too much for Mumbai.

Earlier, Pandya fully capitalised on a dropped chance when he was on 7 before Mumbai plundered 79 runs off the last 30 balls. The run feast came off Pandya’s bat despite Jofra Archer conceding just three in the 19th over of the innings.

Runs weren’t so plentiful in the day’s other game.

Kohli’s 50 off 43 balls included just one four and a six but still formed the nucleus of Bangalore’s below-par total of 145-6.

Chennai opener Ruturaj Gaikwad upstaged Kohli with an unbeaten 65 off 51 balls and guided his team to 150-2 in 18.4 overs when he lofted Chris Morris for a six over the long leg boundary.

Bangalore could still finish among the top two while Chennai are in last place with only eight points after losing eight of their 12 games.

“What you saw in the second innings wasn’t a true reflection of how difficult the pitch was,” Kohli said in defence of his team’s total.

“We didn’t hit the areas, (gave away) too many boundary balls. We just didn’t bowl enough slower balls.”

Chennai were effective with the slower balls after Kohli won the toss and opted to bat first. Fast bowler Sam Curran (3-19) deceived Aaron Finch (15) with a slower bouncer and the Australian skied an easy catch in the covers.

Faf du Plessis continued with his brilliant catching in the outfield this season when he relayed a catch to Gaikwad after tumbling over on the edge of the boundary to dismiss Devdutt Padikkal (22) soon after the batting powerplay.

Both batsmen holed out to the safe hands of du Plessis in the deep while attempting big shots as Bangalore could score only 44 runs in the last five overs and lost four wickets.

Gaikwad, who hit four boundaries and three sixes, and du Plessis (25) set up the strong run-chase by sharing a 46-run opening wicket stand from 31 balls.

Ambati Rayudu hit three fours and two sixes before he was clean bowled by Yuzvendra Chahal in the 14th over. Captain Mahendra Singh Dhoni (19 not out) ensured Chennai did not let the game slip away as Gaikwad finished it off in style.

“I felt this one was one of the perfect games,” Dhoni said. “Everything went to plan, and the execution was there. We kept picking up wickets and kept them to a total that was slightly below par.”