Jemele Hill: US does not deserve a white supremacist president

The Case for Reviving the Civilian Conservation Corps 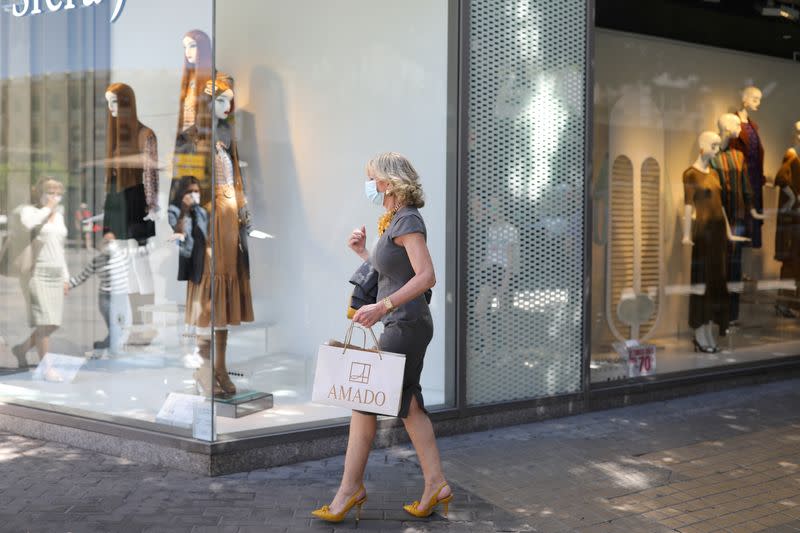 By Nathan Allen and Emma Pinedo

MADRID (Reuters) – Two Spanish regions, Castilla and Leon and Valencia, urged the central government on Friday to impose night-time curfews quickly to stem the coronavirus spread after authorities failed to reach a decision on such restrictions on Thursday.

The regions have a high degree of autonomy and are largely responsible for responding to the pandemic but restrictions on freedom of movement, like curfews, require the intervention of the national government.

With COVID-19 cases soaring this week to total over a million, the highest tally in Western Europe, the central government favours curfews. But it postponed a decision after the regions of Madrid and the Basque country opposed such a move on Thursday.

“We want this to happen today if possible, rather than tomorrow,” said Alfonso Fernandez Manueco, the regional leader of Castilla and Leon.

Prime Minister Pedro Sanchez was due to make a televised address at around 1100 GMT to speak about the pandemic.

“We have to try to get ahead of the virus so that the Christmas holidays can go ahead,” he said.

In Madrid, where a city-wide two-week lockdown will expire on Saturday, regional authorities plan to move to more localised confinement in some neighbourhoods. Socialising between different households will be banned across the city between midnight and 6 am. Midnight is still quite early by Spanish nightlife standards.

Despite increasingly stringent measures, the country’s daily infection rate keeps rising. A record 20,986 cases were added on Thursday, bringing the total to 1,026,281. The death toll stands at 34,521.