The Vikings’ rotten, precipitous collapse will take years to correct 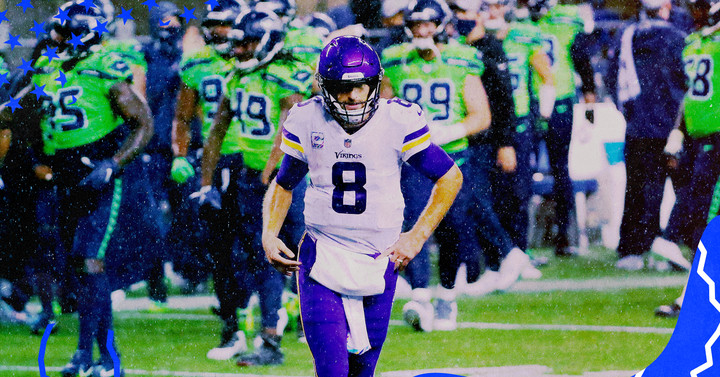 Trading a defensive end during a losing season is the kind of move in the NFL that shouldn’t elicit a strong response. When it comes to the Minnesota Vikings, things are different. Trading Yannick Ngakoue months after acquiring him was the white flag fully raised. An acknowledgement that not only is the Vikings’ season lost, but the organization is without direction. We are witnessing the complete implosion of one of the NFL’s proudest franchises in spectacular fashion, and the bust of a gambler who went all in on the wrong hand.

The Vikings’ collapse doesn’t make sense unless you’ve watched this organization closely. From afar they went to the playoffs three times in the last five years, came agonizingly close to a Super Bowl berth in 2017, and aside from the occasional Kirk Cousins joke, you’d be forgiven for believing this team would be in the mix again this year.

Minnesota is now 1-5, coming off a loss to the Falcons where using the term “embarrassing” would be an understatement. Almost a week, removed there’s still no signs of organizational change at the top, dooming the Vikings to make the same mistakes. How we got here is a familiar NFL tale of mismanagement, but the devil is in the details, and that devil looms large.

Kirk Cousins is a problem.

It might feel unfair to hoist much of the blame for this mess on Cousins, but in many ways he signaled the beginning of the organization’s downward trajectory. Stuck in quarterback purgatory after catching Brett Favre’s lightning in a bottle, Minnesota tried its hand with several young passers from Christian Ponder, to Teddy Bridgewater, Sam Bradford, and Case Keenum. All proving along the way that they weren’t the person for the job — at least for where the Vikings believed themselves to be.

Convinced they were a quarterback away from winning the NFC, Minnesota made the bold move not just to sign Cousins in free agency, but to throw the house at him. A three-year, $84 million deal, which was fully guaranteed in a way you simply don’t see in the NFL. It was a proclamation of implicit trust, but also smart in a way. Giving Cousins three years of rope would allow him to either win big for the Vikings, or trigger a rebuild.

On paper Cousins isn’t the problem. He’s posted incredible stats, occasionally eye-popping numbers — all of which present him as one of the only things going for the team in the last three years. However, there’s a shocking trend to his tenure in Minnesota: He can’t beat anyone good.

Since arriving in town, Cousins has posted an abysmal 3-8 record against teams who were over .500 when they played. He also developed a penchant for stat-padding. Cousins took this to the next level in 2019, when his hot-and-cold performance was so pronounced it defies belief.

This isn’t a narrative, it’s a pattern: Cousins does not perform against good teams, and destroys bad ones. This makes him a middling NFL starter, but not one who can win a championship for a team — and that’s what he was paid to do.

Then, despite the Vikings having to know this, they elected to re-sign Cousins to a massive extension in the offseason, rather than letting his giant guaranteed contract expire and move on with a rebuild.

Every other move the team made sucked out loud.

Inking Cousins to a massive new deal was dumb in its own right, but didn’t compare to the other stupid moves the team made since making it to the NFC Championship game in 2017.

The Vikings were incongruous in decision making. On the one hand the team was sending a clear message that quarterbacks and receivers are how you win in the modern NFL. Boasting one of the league’s best receiving tandems in Stefon Diggs and Adam Thielen, the team invested four high draft picks on the offensive line in the last four drafts, and added a strong dual-threat running back in Dalvin Cook. All weapons designed to supply Cousins with the help he needed to get over the hump.

However, on the other side of the ball the Vikings seemed to believe in a different philosophy. Prior to the 2020 season alone they let the team’s top three cornerbacks, Trae Waynes, Xavier Rhodes and Mackenzie Alexander all leave via free agency. Their belief, or so it appears, was that drafted talent could replace these players easily … and it’s been a disaster. These were decisions made not through confidence, but arrogance. They also didn’t make sense. How can you believe (correctly) that passing the ball is what wins in the modern NFL, while simultaneously gutting your only way of stopping the passer on the other side of the ball? Instead of using proven NFL team building, Minnesota followed in the old school model of overloading the defensive line with pass rush, hoping to stop the pass before it starts. That hasn’t worked.

Which leads us to Stefon Diggs.

Vocal about his displeasure with the Vikings’ offense, Diggs was traded to the Bills in the offseason for a bevy of picks. It’s a familiar song and dance we’ve seen before with unhappy receivers who feel like they should be getting more production, but in trading Diggs the Vikings told everyone they felt he was easily replaceable. He hasn’t been.

Rookie Justin Jefferson is shaping up to be one of the best picks from last year, but there’s no doubt the Vikings’ offense would look better with a receiving corps of Diggs, Thielen and Jefferson than it does now. Minnesota had immense talent at the top of its depth chart, then fell off a cliff. By sending Diggs away the team lost its best playmaker, and a guy who could mask a lot of Cousins’ deficiencies as a passer.

Minnesota will get picks, sure, but the Bills will be in the playoffs and they won’t get the kind of talent back that they gave away (without considerable luck). By the way, Diggs is on pace for 1,480 receiving yards — which would be a career high.

Then to cap everything off we had the move on Thursday to trade Ngakoue to the Ravens and give up on the season. This whole mess was so bad that it’s tantamount to Minnesota paying $6M and moving 50 picks back in the draft to get defensive line help for six games.

It’s difficult to see a clear path forward for this team.

There’s an alternate timeline where 2020 marks the end of an era for the Minnesota Vikings. Cousins proves he couldn’t get it done, but it’s okay, because his contract is expiring and the team will have a boat load of money to play with, as well as a host of draft picks.

Instead, things are bad. There’s no other way to put it. The Vikings already have over $184M committed to the cap in 2021, with Cousins earning $31M thanks to his extension. Star defensive end Danielle Hunter, talented safety Anthony Harris and George Iloka are due for new contracts, further stressing the cap — and while Minnesota don’t have a great deal of players becoming free agents, that’s also the bane of their existence: All the team’s money is tied up in players who can’t get the job done together. The result will likely be losing Hunter and Harris, further pushing the team’s decline.

The front office’s decision to extend Cousins will continue to cause damage. The team is forced to continue building around an inconsistent 32-year-old quarterback who can’t beat good teams. The ample money invested in the defensive front seven and the offensive line will plague the team until they cut bait and move on. General manager Rick Spielman and head coach Mike Zimmer tried to construct a team in a way that fundamentally doesn’t work, and this is the result.

Firmly stuck in “Suck for Trevor” mode, the last bastion of hope might be that the Vikings can be worse than everyone else. This also requires a little luck, with the Jets actually winning a game (who knows if that will happen). There’s also a host of one-win teams all hoping for the same Trevor Lawrence dream, with Minnesota picking in the back end of the pack thanks to their win over the Texans. If everything holds the Vikings will be picking No. 6 right now. Outside of the range to get a lock superstar, it’s entirely likely the team plays it safe and adds secondary help in the draft. This won’t fundamentally make the team better, and the spiral continues.

I wish there was better news for you, Vikings fans — but you already know this. Everything is a mess. Nothing will improve until Spielman and Zimmer are fired, and a new regime can come in and attempt to clean up the mess. It’s not going to be an easy process either, and getting back out of cap hell will result in more talented players leaving, hope to find replacements in the draft.

The Vikings were never bad, but they’ve become rotten — like a forgotten apple left to decay on a kitchen counter. They will continue to fester and become more disgusting until owner Zygi Wilf is sick of looking at this abomination and decides to take out the trash. There’s no hope he can do it before it’s too late, because this team is way past its expiration. 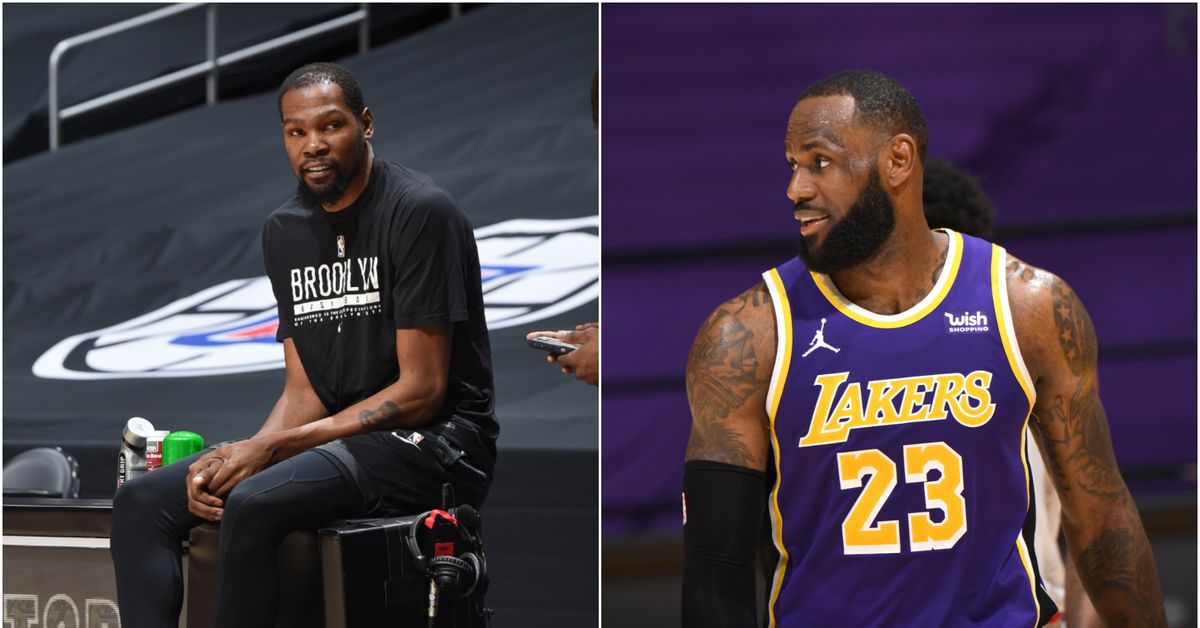