‘Best chance we ever had’: Puerto Ricans to vote on statehood | United States News

The DOJ Is Fighting Google on a Shifting Battlefield 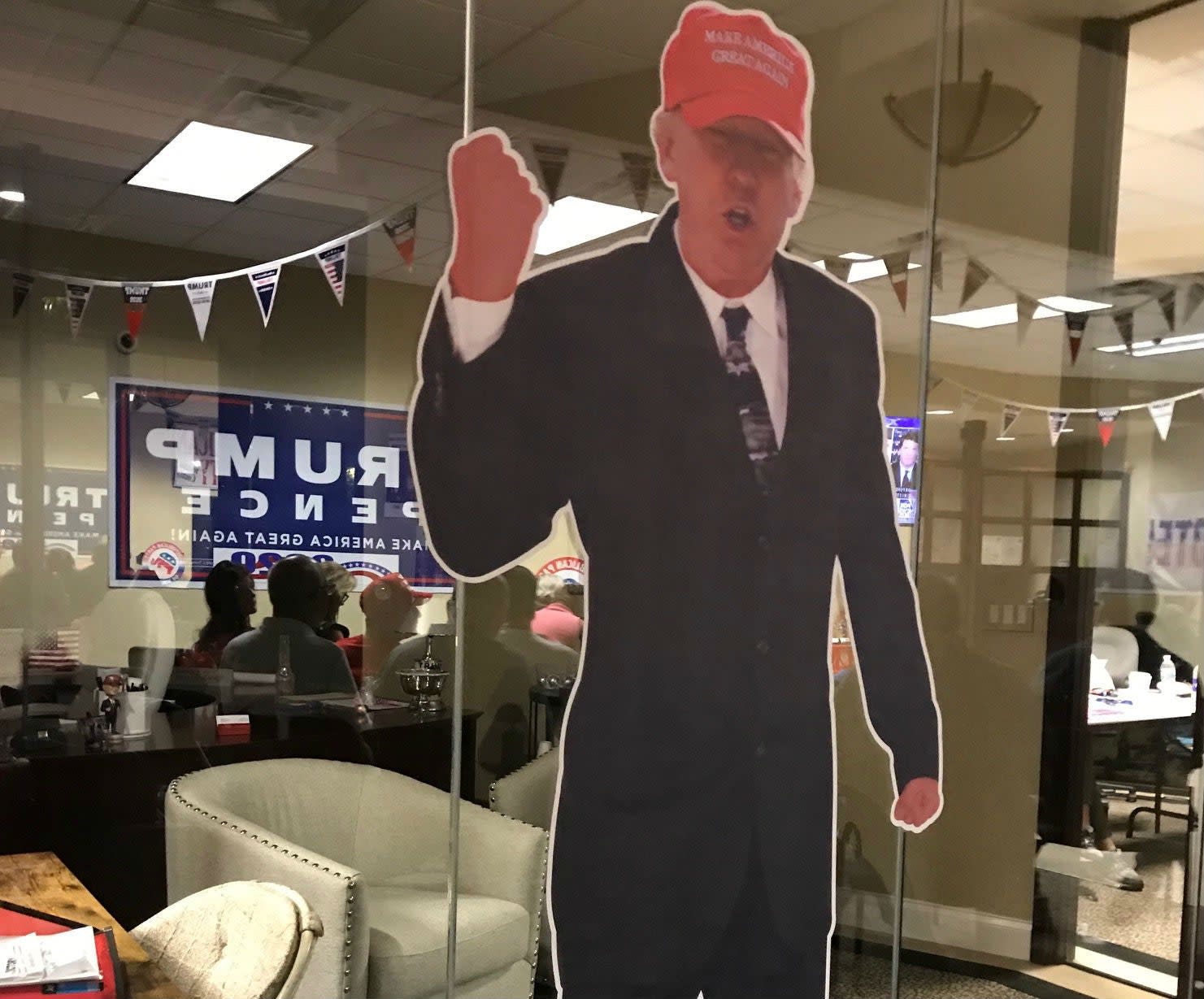 Along with the two-dozen Trump supporters watching the debate at GOP headquarters in Daytona Beach, were two special guests – cardboard cuts-out of the president, one of them standing with the first lady, Melania Trump.

At times then, it was possible to look around and momentarily imagine the president was watching you, watching him, on the television fixed to the wall.

How would the president have scored himself? Pretty well, one assumes. Best debater since Abraham Lincoln, and maybe even better than Lincoln, if that wretched fake news media told the truth.

And what what did the people gathered on a damp night next to the Atlantic Ocean make of the president’s performance? They too, thought he did pretty darn well.

“I would score him 95 out of 100,” enthused Barbara Myrick, a 69-year-old, who had brought her husband along to watch. “I think it could have been 100 had the moderator allowed him to make that one rebuttal.”

At an event such as that held by the Republicans of Volusia County, one was never going to find any serious criticism of their candidate. The same would be true for an event organised by the Democrats.

What was genuinely insightful however, was the moments the group believed the president was at his most effective, and when Joe Biden was most weak. Lots of Trump supporters like the fact he speaks his mind, even if that means – for some people, especially if it means – interrupting others. Tonight, they watched a president obliged to be far more disciplined and focused. Far more normal.

And when the president used the opportunity to turn the tables on Biden and demand he answer whether or not his son Hunter was improperly using the family name to further his career in Ukraine, there were cheers and applause.

Equally insightful, at an event where only three people wore face masks, was their reaction to Trump’s attacks on Biden’s alleged proposal to shut down the economy with lockdowns. Biden had one of his most effective moments when he pointed out the more than 220,000 US deaths.

“If you hear nothing else I say tonight hear this. Anyone who’s responsible for that many deaths should not remain as president of United States of America.”

When Biden predicted there would be another 200,000 deaths in the US before the pandemic was ended, someone in the group said: “What’s he talking about.”

When Biden said the nation was about to enter a “dark winter”, someone else said: “No we’re not.”

In this battleground state, some numbers by way of context: Trump took Volusia County 56-43 in 2016, on the way to capturing the state. Its member of congress, Michael Waltz, had an easy win in 2018, to take the seat vacated by Republican Ron DeSantis, when he ran for governor. Realistically, Trump must win Florida in 2020 if he is to be re-elected.

Some other data: for all the cheers from the small crowd when Trump said his administration had performed better than any government in confronting the pandemic, the US has a death toll of 220,000 and more than 8.2m infections.

Florida has the third highest number of both infections and deaths, something critics suggest is at least partly connected to DeSantis’s decision last month to lift almost all lockdown restrictions. He reportedly did so after consultation with the White House.

On Thursday, a few hours before the debate, CNN cited figures from the Florida Department of Health which reported 5,557 new cases of coronavirus – the highest single daily increase in more than two months.

The last time the state of Florida reported more than 5,000 cases was in the middle of August.

Among those watching the debate were Greg Zinke. “I think he he did an excellent job,” he said of the president.

Paul Deering, chair of the Volusia County Republican Party, also scored the president highly. He predicted Trump would enlarge the margin of his victory in the county in 2020, and would go on to win the state.

Did he think the president could make it back to the White House? He cautioned that he did not know how things were on the ground in other states, but said of the debate: “I think it was about as close as you can get to sealing the deal.”

Even the famously hard-to-please president would have approved.

Half of Americans want Trump investigated when he leaves – follow live

Why Americans might not find out who won on election night