There’s no way around it, Michigan is stuck with Jim Harbaugh 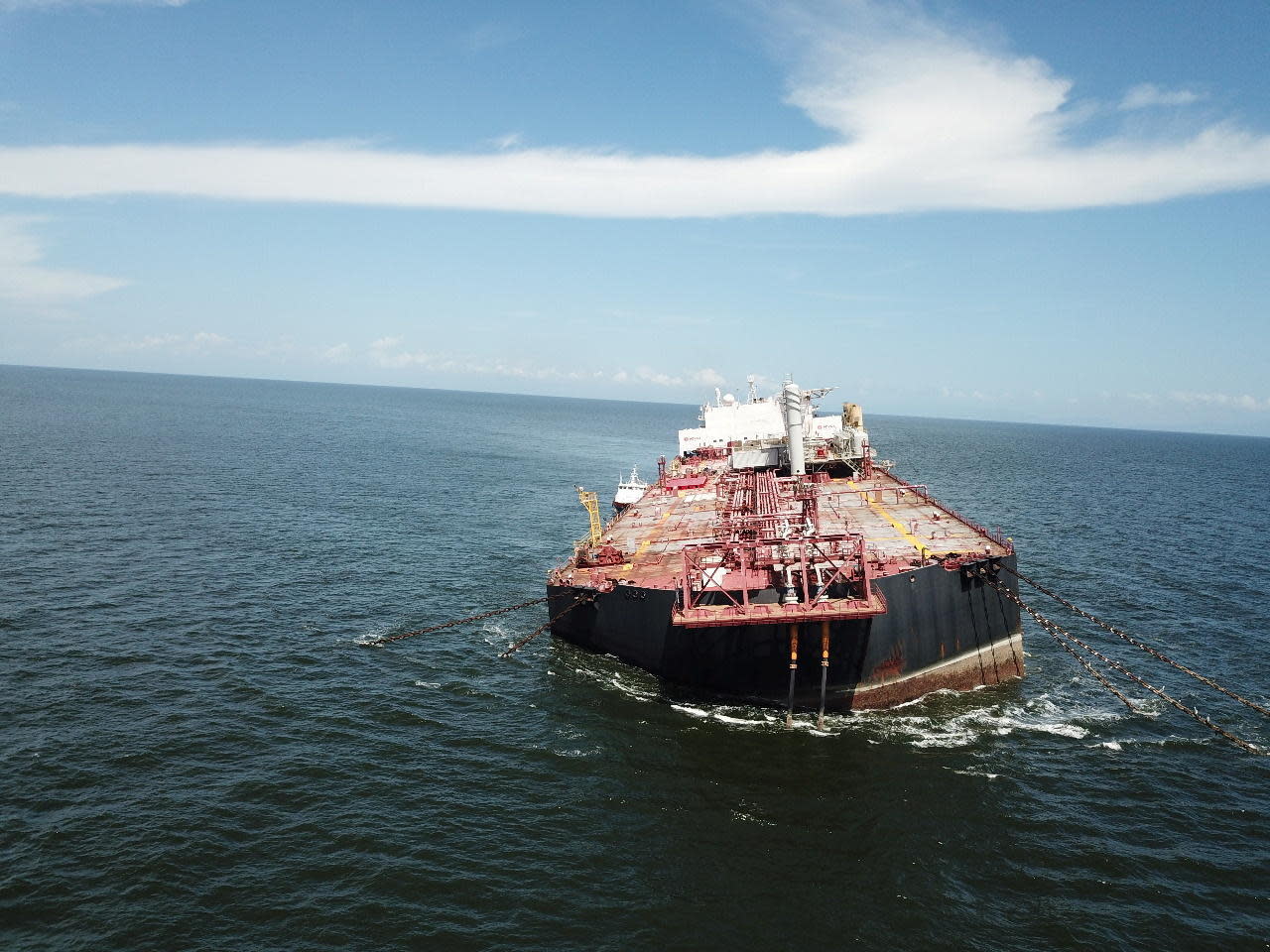 A Venezuelan oil tanker has been parked for nearly two years in the Gulf of Paria, carrying approximately 80 million gallons of oil. New photos of the vessel show it appearing to tilt heavily on its side — leading to growing concerns of a potential environmental disaster that threatens one of the richest areas of biodiversity in the world.

According to local politicians and activist groups, the Nabarima is carrying about 1.3 million barrels of crude oil — about five times the amount the Exxon Valdez famously spilled in 1989. The vessel is part of a joint venture between Petróleos de Venezuela (PDVSA) and Italy’s Eni SpA.

The vessel has been stranded in the gulf since January 2019. An Eni spokesperson told Reuters that the company was seeking to offload crude oil from the vessel but was waiting for the “green light” from the U.S. government “in order to prevent any sanctions risk.”

On Monday, environmental group Fishermen and Friends of the Sea, which represents 50,000 fishermen in the local industry, pleaded with the Caribbean community to work together to protect the region and people from a possible disaster, emphasizing the need for a “clean, healthy sea.”

Gary Aboud, corporate secretary of the organization, visited the vessel Friday, and said what he saw was “frightening.” Video taken by Aboud shows the boat tilting at an angle he estimates at about 25 degrees.

“These are not false images. No one is doing anything,” Aboud says, with the tilting vessel behind him. He called for a national emergency.

In a record-breaking hurricane season, a massive oil spill would threaten the entirety of the southern Caribbean. A huge coral reef system, already stressed by climate change, could be damaged beyond recovery — eventually leading to a collapse of the entire marine ecosystem.

“Our cries have gone unanswered and it appears that the Nabarima’s situation is worsening daily,” the organization wrote on Facebook. “Their silence is unacceptable and if the vessel overturns, will never be forgiven.”

This week, lawmakers from the Commission of Environment, Natural Resources and Climate Change of the Venezuelan National Assembly called on PDVSA and Eni to unload barrels from the vessel “as soon as possible.”

In a press release, the president of the commission, María Gabriela Hernández Del Castillo, said that the tanker is now tilting more than what the group reported in August, when the head of the Unitary Federation of Petroleum Workers of Venezuela reported that the vessel had about nine feet of water flooding the lower decks.

On Friday, the U.S. Embassy in Trinidad and Tobago also said PDVSA has “a responsibility to take action to avoid an environmental disaster in Venezuelan waters,” which it warned would also harm people in nearby countries.

Hernández said that “no sanctions” could prevent the companies from transferring crude oil, calling it a “cheap excuse.”

Historic wildfires burn hundreds of thousands of acres throughout Colorado