Silver Ferns pushing for spots in squad to play England

We found the miracle cure for imposter syndrome 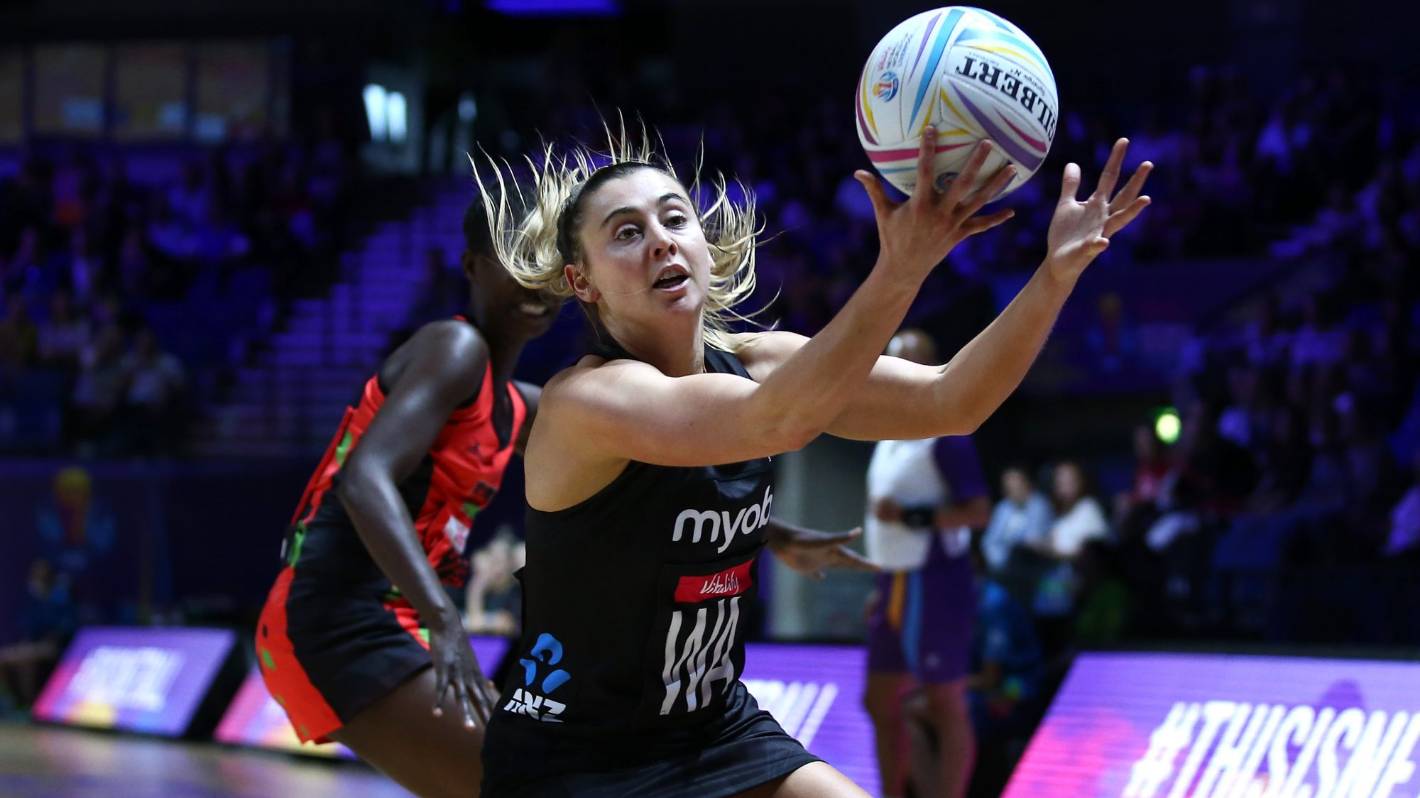 Silver Ferns midcourter Gina Crampton is hopeful of securing a spot in the squad to play England next week.

A spot in the squad to play England next week is spurring on Silver Ferns midcourter Gina Crampton.

Coach Noeline Taurua is naming a squad of 12 on Sunday to play three tests against England in Hamilton next week and this week’s series has almost been an extended trial.

Taurua mixed and matched her squad in the first two games of the tournament – a 60-47 loss to the men and a 59-44 win over New Zealand A – as she gets a look at everyone. She has swapped some players between the Silver Ferns and the A team.

With three players to drop out of the squad, there is no lack of motivation for players to perform.

Crampton said everyone was aware no player was safe and they had to fight for a spot in the squad to play England.

“You never know which team you’re going to be in until the day and it’s making sure [players] put that best foot forward to be picked for that 12.

“I think it’s a good environment in that respect, people are really fighting for it.”

She said New Zealand netball was looking healthy, with depth across the three women’s squads and people pushing for spots in the Silver Ferns.

Both the A side and under-21s have played well this week.

Crampton even acknowledged the competition between her and fellow wing attack Whitney Souness, who she said was playing amazingly well.

“We’re quite different,” Crampton said. “I think I’ve probably got to put out a better performance if I want to be picked.”

Taurua hasn’t settled on a team in the two games, making changes in most quarters and giving players an extended run. She said earlier this week players would be observed whoever they were playing for.

The Silver Ferns were to play the under-21s on Friday pnight and are likely to play the men again in the series final on Saturday, and Crampton said everyone was being given a shot.

“You’ve got to be able to put your hand up when you’re giving your quarter or your half or your three quarters, and show you can consistently perform.

“That’s the whole point of this week and Noels is going to be able to pick her best 12 from these four games.”

As well as Crampton and Souness, Kimiora Poi, Shannon Saunders, Claire Kersten and Sam Winders have been given chances in midcourt.

Maia Wilson, Ameliaranne Ekenasio, and the uncapped pair of Grace Nweke and Monica Falkner have had a run at the shooting end.

Defenders Karin Burger, Sulu Fitzpatrick, Jane Watson and Kelly Jury have all been given court time too.

The Silver Ferns made slow starts to both of their matches and the combinations are still building.