My Roomba Has Achieved Enlightenment 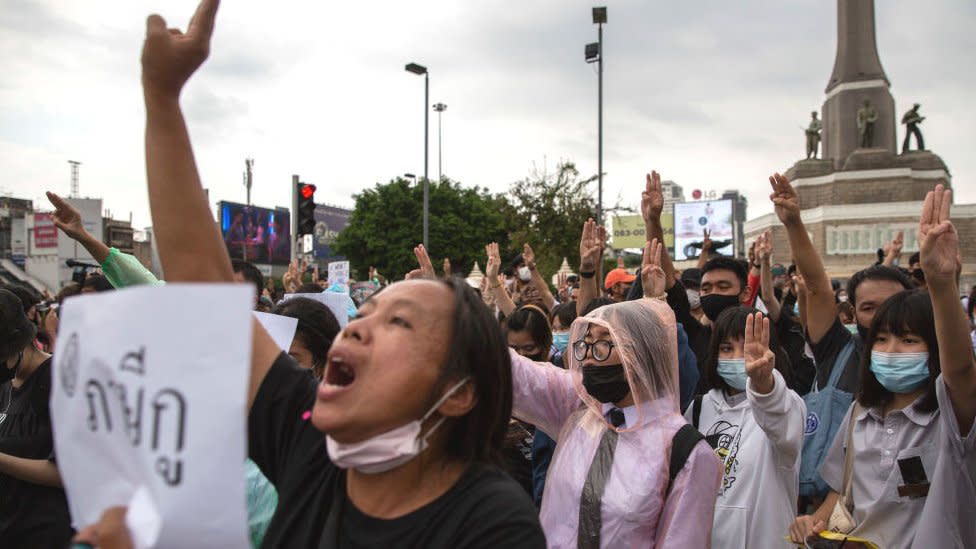 Thailand has lifted a ban on public gatherings, after an emergency decree failed to put a stop to mass anti-government protests in Bangkok.

Thousands have showed up for protests in recent days despite the decree which banned gatherings of more than four and put in place an evening curfew.

A government statement said it was revoking the measures as the “serious situation” had eased.

Thailand is currently seeing some of if its biggest protests in years.

Disillusioned by years of military rule, protesters – many of whom are students – are demanding amendments to the constitution, a new election and an end to the harassment of rights activists and state critics.

They are calling for the resignation of Prime Minister Prayuth Chan-ocha – the former army chief who seized power in a 2014 coup and was later appointed as premier after controversial elections last year.

They are also calling for curbs on the king’s powers – a demand that has led to unprecedented public discussion of an institution long shielded from criticism by law.

Thailand’s lese-majeste law, which forbids insults to the monarchy, is among the strictest in the world. Those found guilty of breaching it face up to 15 years in jail. Critics say it is used to suppress free speech.

Protesters have also been demanding for the release of activists who were arrested last week when the emergency decree came into force.