Miami Springs nursing home with 52 COVID deaths fined $67,000, but not stripped of license

Six-Word Sci-Fi: A Story About the Next Big Security Leak 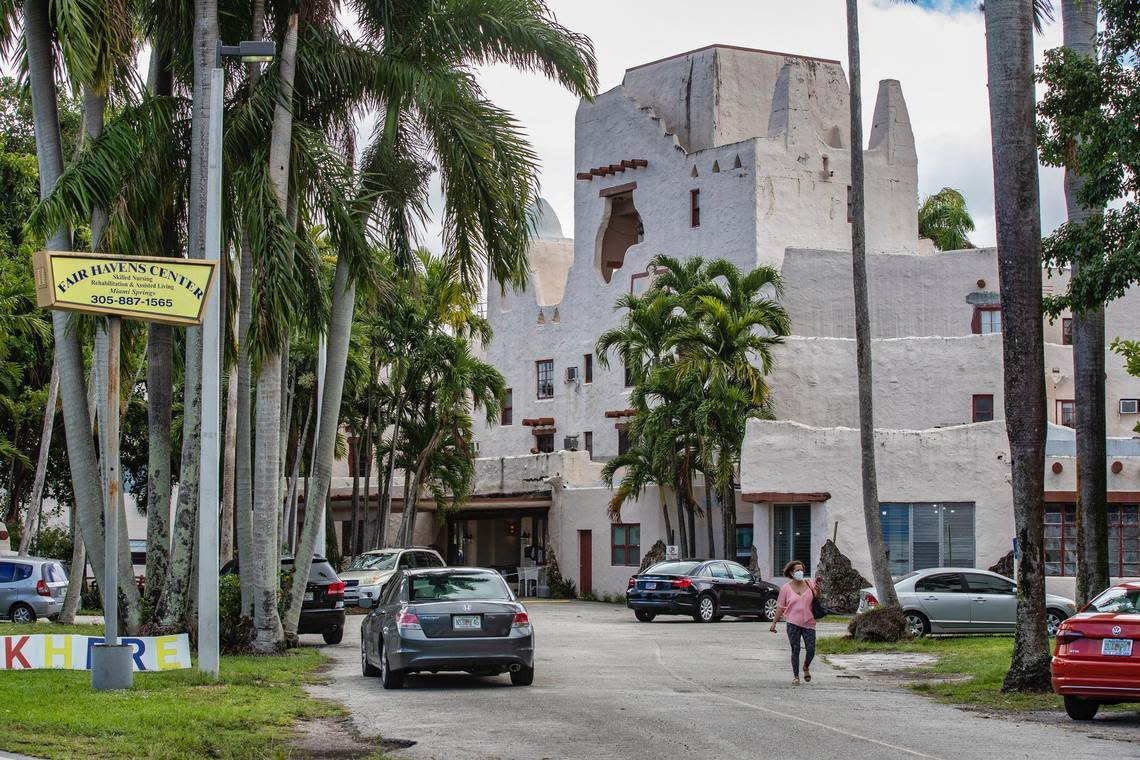 Five months after shutting the doors of the Fair Havens Center to new residents, Florida regulators issued the facility a $67,000 fine but reached a settlement that stopped short of revoking its license, as regulators had initially sought to do in June.

The fine covers both COVID-19-related infractions and the home’s violation of a resident’s do-not-resuscitate order in 2019.

Fair Havens was fined $45,000 for “failing to follow CDC guidelines relating to COVID-19 infections” and failing to quarantine 11 residents who had been exposed to COVID-19, and required to pay a $6,000 fee for a six-month survey cycle. It will also be added to the state’s watch list for troubled nursing homes. It was fined a total of $16,000 in connection with the do-not-resuscitate infraction.

By comparison, The Rehabilitation Center at Hollywood Hills, where 12 residents died in 2017 after the home lost power during Hurricane Irma, was fined $37,500, though its license was revoked by the state.

Fair Havens has been among the deadliest nursing homes in the state during the COVID-19 pandemic.

A total of 52 residents died from COVID-19 and the number could have been even higher if Fair Havens hadn’t been barred from taking on new residents in May.

Relatives of residents who died expressed outrage that the facility was allowed to continue to operate.

“I think it’s disgusting,” said Carmen Marin, whose brother-in-law, Jose Garcia, died in May after contracting COVID-19 at Fair Havens. “They were not in any position to be allowed to open for any reason. They did so much wrong and so many people died because of their misconduct.”

Omar Oropesa, whose grandmother Caridad Oropesa also died in May after contracting COVID-19 at Fair Havens, was shocked to hear that the facility could begin admitting new residents.

“I don’t know how they’re able to reopen after the scandal and everything that happened with the people dying, with my grandmother dying,” he said. “But if that’s what was set for them, and they pay their fine, God have mercy upon the people staying there.”

Staff members at the facility told the Herald that they hadn’t been given sufficient personal protective equipment to safely care for patients and that they weren’t initially told which patients had tested positive for COVID-19.

When state regulators visited in May, they found that the facility’s lax infection controls had created “a fertile ground for the virus to spread.”

The Herald spoke with numerous family members who said they were kept in the dark as the virus spread through Fair Havens and ultimately claimed the lives of some of their loved ones.

And residents weren’t the only COVID sufferers. Several staffers came down with the virus themselves and one, Antonia Hernandez, may have passed COVID-19 to her son Edelberto Hernandez, who died of the virus soon after.

Under the terms of Fair Havens’ settlement with the state, the home will be required to hire an outside consultant for the next two years to evaluate the facility’s infection controls and provide training to staff, have a certified infection control nurse and have staff complete additional infection-control training.

Fair Havens could still be facing monetary penalties from the federal government. Nursing homes are regulated by the Centers for Medicare and Medicaid Services.

Brian Lee, a former Florida long-term care ombudsman who now leads the nursing home advocacy group Families for Better Care, said that while the fine is steep by Florida standards, Fair Havens “dodged a bullet,” and that the penalty could signal that the state will take a light touch with homes whose negligence contributed to resident deaths during the COVID-19 pandemic.

”I think that the industry is probably breathing a huge sigh of relief, because there are a lot of facilities that have had COVID deaths,” he said. “Is this really justice for the residents whose lives were lost?”