The Election Will Bring a Hurricane of Misinformation 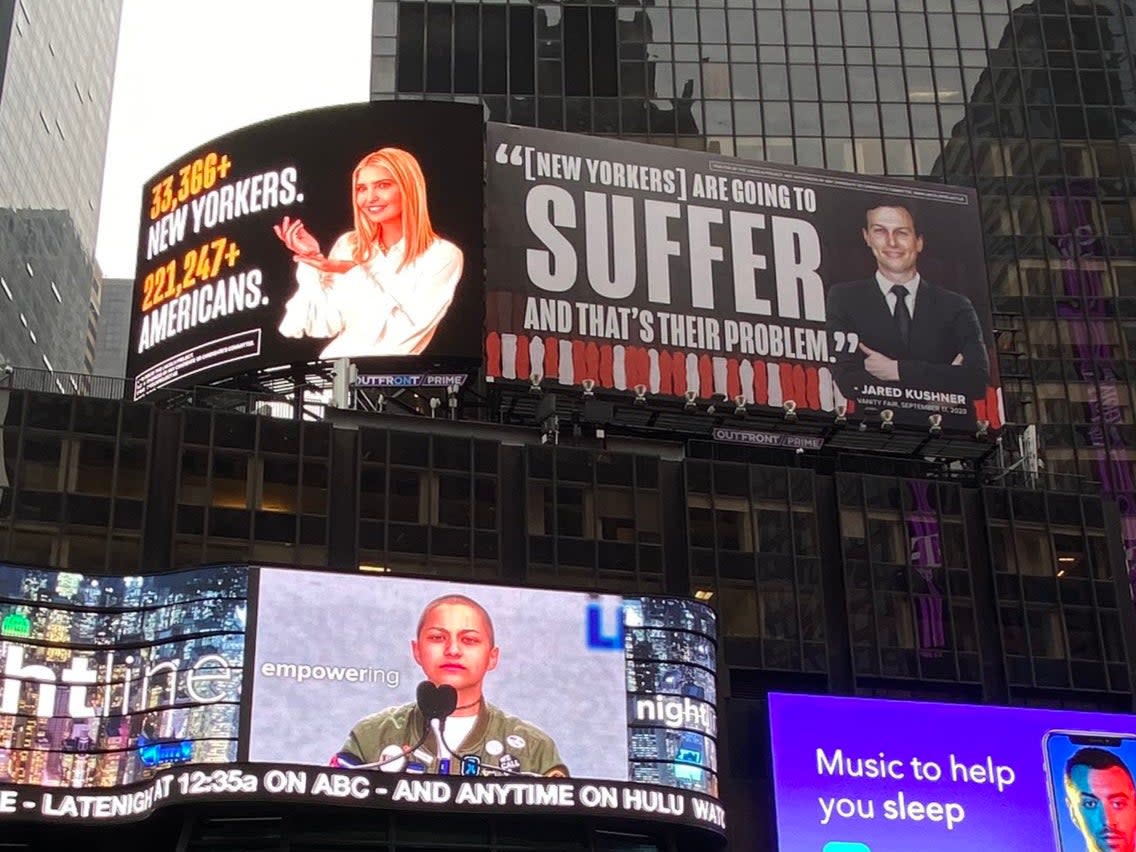 On one Ms Trump is depicted posing as a spokesmodel, gesturing towards the latest count of how many New Yorkers and how many Americans in total have died from Covid-19.

A large quote attributed to Mr Kushner by Vanity Fair adorns the second billboard beside a smiling corporate-style portrait of him.

In response to a question asking about securing personal protective equipment for essential workers in the city, Mr Kushner allegedly said: “[New Yorkers] are going to suffer and that’s their problem.”

Below the text is a line of what appears to be red and white body bags of those who died during the coronavirus pandemic.

The anti-Trump conservative political action group tweeted out photos of the billboards in place on Thursday morning, ahead of the final presidential debate.

They occupy a prominent position at 1500 Broadway on the corner of West 44th St, above the Walt Disney-owned Times Square Studios, home to ABC’s Good Morning America.

In response to a tweet that implied spending money in New York was a waste given its status as a Democratic Party stronghold, the group posted a follow up tweet: “Lincoln Project launched with the intention of defeating Trump and Trumpism. As such, we’re in swing states and Senate races that are winnable.”

It continues: “But this fight goes beyond Election Day. There must be accountability for the lying and deaths — this is just the start.”

Donald Trump, his family, and key figures from his administration and campaign have all been the targets of social media-driven ads by the conservative group, that have frequently gone viral.