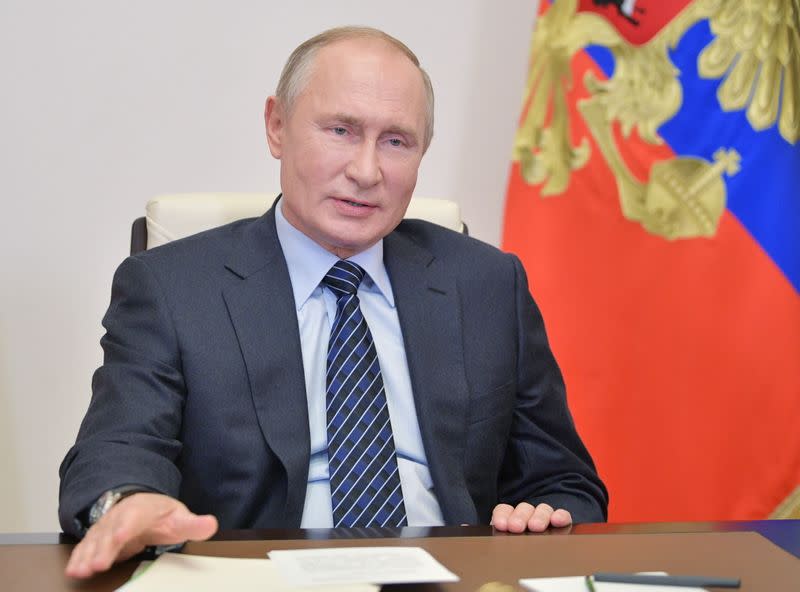 MOSCOW (Reuters) – The era when the United States and Russia decided the world’s most important questions is in the past, President Vladimir Putin said on Thursday, saying China and Germany were now heading for superpower status.

Addressing a meeting of the Valdai Discussion Club, Putin suggested that the role of the United States had waned, along with that of Britain and France, while Beijing and Berlin – in terms of political and economic weight — were heading for superpower status.

If Washington was not prepared to discuss global problems with Moscow, Russia stood ready to have that discussion with other nations, said Putin, who was speaking via video link.

He said Washington could no longer lay claim to exceptionalism and questioned why it would want to.

Ahead of the U.S. presidential election on Nov. 3, Putin said he hoped the new administration would be ready for dialogue on security and nuclear arms control.

The New START (Strategic Arms Reduction Treaty) accord, signed in 2010 is due to expire in February. It restricts the numbers of strategic nuclear warheads that Russia and the United States can deploy as well as the missiles and bombers that carry them.

Despite their differences, Moscow and Washington appear to be moving closer to a deal on New START.