The Bulletin: Everyone’s got an opinion for the Greens 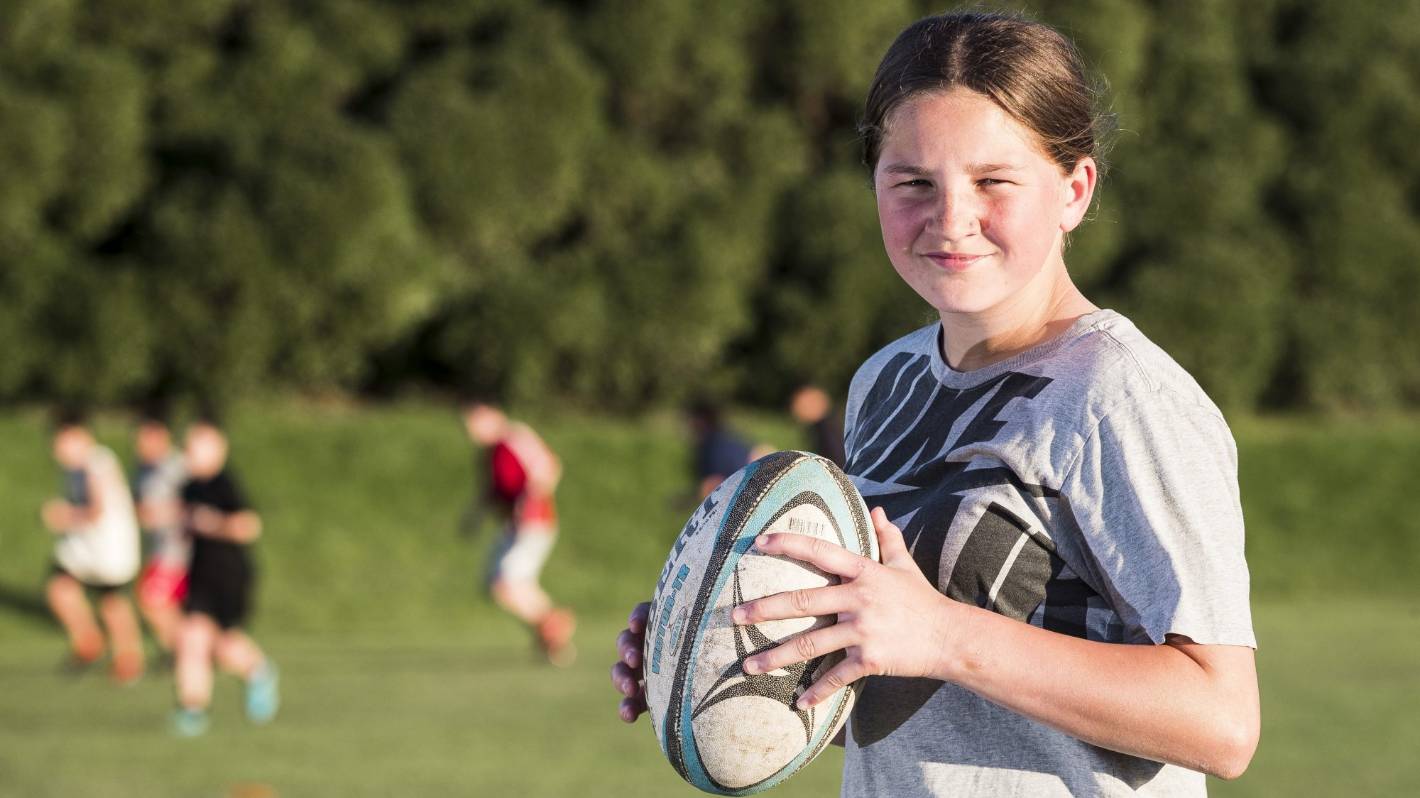 A team of keen young rugby league players will forfeit their points and risk disqualifying themselves in an upcoming tournament because one of their star players is banned.

The reason? She’s a girl.

Aayla Toman, 13, has been told she’s not allowed to play in the u13 boys’ grade in Wellington’s Pacific Youth Cup because of her gender – something that led her club team, the u13 Petone Panthers, to play her ‘illegally’ all season.

From there, girls either have to create their own girls’ team and find others to play against, or move up to the under 15 girls’ grade.

But Petone Panthers u13 manager, Ariana McGregor said that needs to change.

Pacific Youth Cup team rules state the u13 league is for boys only, and if girls’ want to play, they have to play in the u15 grade.

A spokesman from the tournament, which will be held on October 31, told Stuff those were the rules.

Aayla’s team for the tournament, Te Whanganui-a-Tara, has agreed they will forfeit their points and risk being disqualified, if it means she can play.

“If my team backs me up I think that’s cool … They just treat me like a sister or a brother,” she said.

Her teammate, Mason, said she’s “better than most boys I know”.

“She’s part of our team, she should be allowed to play. She’s not scared to do what the boys do, she runs all over the field doing more than the boys,” he said.

McGregor and Aayla’s mother, TK Smith, say it’s more unsafe to play Aayla in the u15 girls grade than with the boys in the u13s.

“If you move her she’ll become one of the smallest … She’s playing kids her own age, her own size. Aayla’s not a little person … she doesn’t care what size you are, she treats everyone the same,” Smith said.

This season, McGregor said she’s been ‘illegally’ playing Aayla for the Petone Panthers and asked each team for permission to include her.

“I played her every game … She gave it the best she’s got. No one went easy on her, our boys protect their own regardless if you’re a female or a brother. She is part of the team.”

McGregor would like to see the rules she calls “sexist and outdated” change to allow girls’ to require parental permission, if they want to play.

“It shouldn’t be up to a governing board of men to decide whether it’s okay for their child to play, they don’t know her skills and ability,” McGregor said.

An NZRL spokeswoman said it has a duty of care to ensure the safety of all players.

“As a result the policy is based on the guidance of the NZRL Medical Council.

“Research suggests that the dramatic increase in risk of serious and long term injury for girls at this age are due to hormonal changes in females during puberty and also the physical development of boys at this age.

“Adding to the increased risk of serious or permanent injury is the increase of the five metre offside rule to 10 metres (after age 12). The result of this change is a large potential increase in the impact forces in tackles and collisions,” she said.

NZRL said the policy is based on medical advice that is in line with other codes and international standards but that it’s working to grow the numbers of females in rugby league across the country.

Aayla hopes to one day play rugby league or rugby professionally and McGregor backs her abilities.

Aayla also plays baseball in an u16 grade, where she’s the only girl in the team and rugby and touch in a mixed grade as well as softball.

Another teammate, Canon Hakaria, is also keen to play but affected by the rules.

Earlier this year, Charley Lahmert, an 11-year-old from Taranaki was also left disappointed by the rules which meant she couldn’t play in the mixed teams from age 13.

In Havelock North, 11-year-old Briar Hales was told she wasn’t able to play in her school’s XV tournament because she was a girl.

After backing from Minister for Sport and Recreation Grant Robertson, she was allowed to play.