Welcome to The Spinoff’s live updates for October 22. All the latest New Zealand news, updated throughout the day. Reach me on stewart@thespinoff.co.nz

The health minister does not believe there’s any reason for Auckland’s alert level to change, following news an infectious Covid-19 case visited a pub on Friday night.

It’s now known one of the two latest cases – linked to a port worker – visited the Malt pub in Greenhithe between 7.30pm and 10pm on Friday evening.

“Any Covid-19 case is a concern… but at this point the contact tracing system is working as intended, as it was designed to,” Chris Hipkins told RNZ.

“We’re not seeing information at this point that would suggest changes to alert levels… we’re monitoring it very, very closely.”

Hipkins said the person was most likely exposed to the index case, the port worker, on Friday – the same day they went to the pub. “So that’s a fairly tight time frame, they became symptomatic and got tested over the weekend,” he said.

Push notifications have been sent out to those who used the Covid-19 tracer app at the pub last Friday, Hipkins said. This event in the pub is a timely reminder to continue using the app, said Hipkins, as the number of QR code scans has rapidly declined in recent weeks.

Of the eight staff members employed by the bar, three are isolating – because they were working on Friday – but the bar owner is concerned about the pub being packed out again on Sunday, for the rugby.

A pop-up testing area will be set up today in the Greenhithe area, so anyone who is concerned can easily access a test.

How lucky is the Green party, to have so many people giving advice and suggestions right now? As talks continue around the formation of the government, there’s no shortage of people weighing in. That’s fair enough of course, everyone has the right to an opinion. But the interesting point is of it all is that the party now finds itself in the position of considering what it should be going forward, and that has implications for what the government as a whole will be.

We’ll start with two former MPs. Catherine Delahunty told Radio NZ the party would be better off sitting in opposition, and pushing on the government from that direction, particularly given the Labour majority. “I think we’re going to need them to push this large monolith further to the left because the messages we’re hearing from Jacinda Ardern indicate a very centrist government.” Kevin Hague, by contrast, tweeted that much more could be accomplished from a place of government. “I believe the Greens should definitely seek to join government. I’m acutely aware of the urgency of the climate and biodiversity collapse crises. Action is needed now, not in 3 years.” If you’ll forgive the slightly sarcastic tone at the top of the piece, it’s fair to assume both of these points are made in good faith.

Not everyone is quite so keen on the idea of Labour bringing the Greens in. The Employers and Manufacturers Association spokesperson Alan McDonald said that “businesses” won’t want to see the Greens in government, reports Radio NZ, because in his view they would push too hard and fast on employment law changes. In a twist, co-leader Marama Davidson is sort of in agreement with the EMA, reports the NZ Herald, saying that a Labour government wouldn’t go as far as the Greens would want them to. From the right, commentator Matthew Hooton wrote in the NZ Herald that either choice will contain difficulties in holding the party’s internal coalition together. This one may not be written in quite such good faith, but it is a fair point.

There were 25 new cases of Covid-19, with 23 imported cases and two contacts of a port worker who had previously tested positive.

It emerged that one of the cases visited an Auckland pub on Friday night, while infectious, and patrons who were there at the same time have been asked to self-isolate.

The Greens held “fruitful discussions” with Labour over their potential role in the next government.

National leader Judith Collins said her controversial pre-election comments about obesity could have been “shut down” more quickly.

The Electoral Commission revealed the cost of its lovely smelling hand sanitiser and polling booth pens. 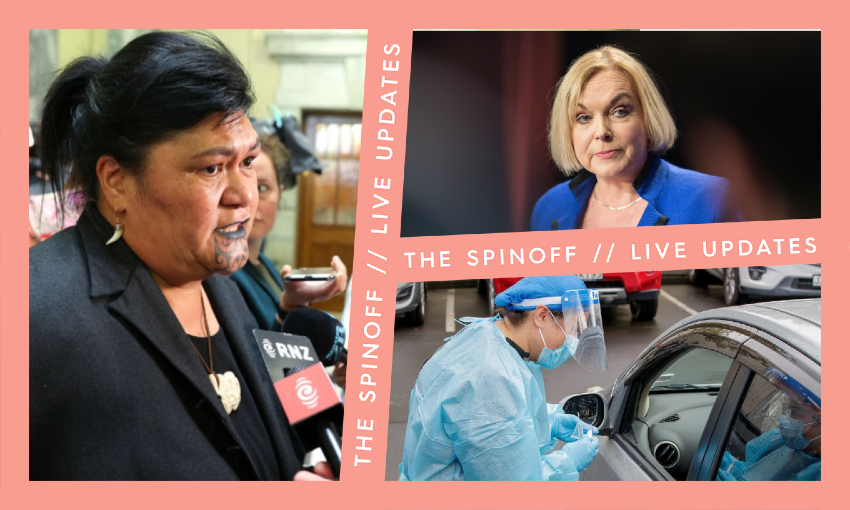