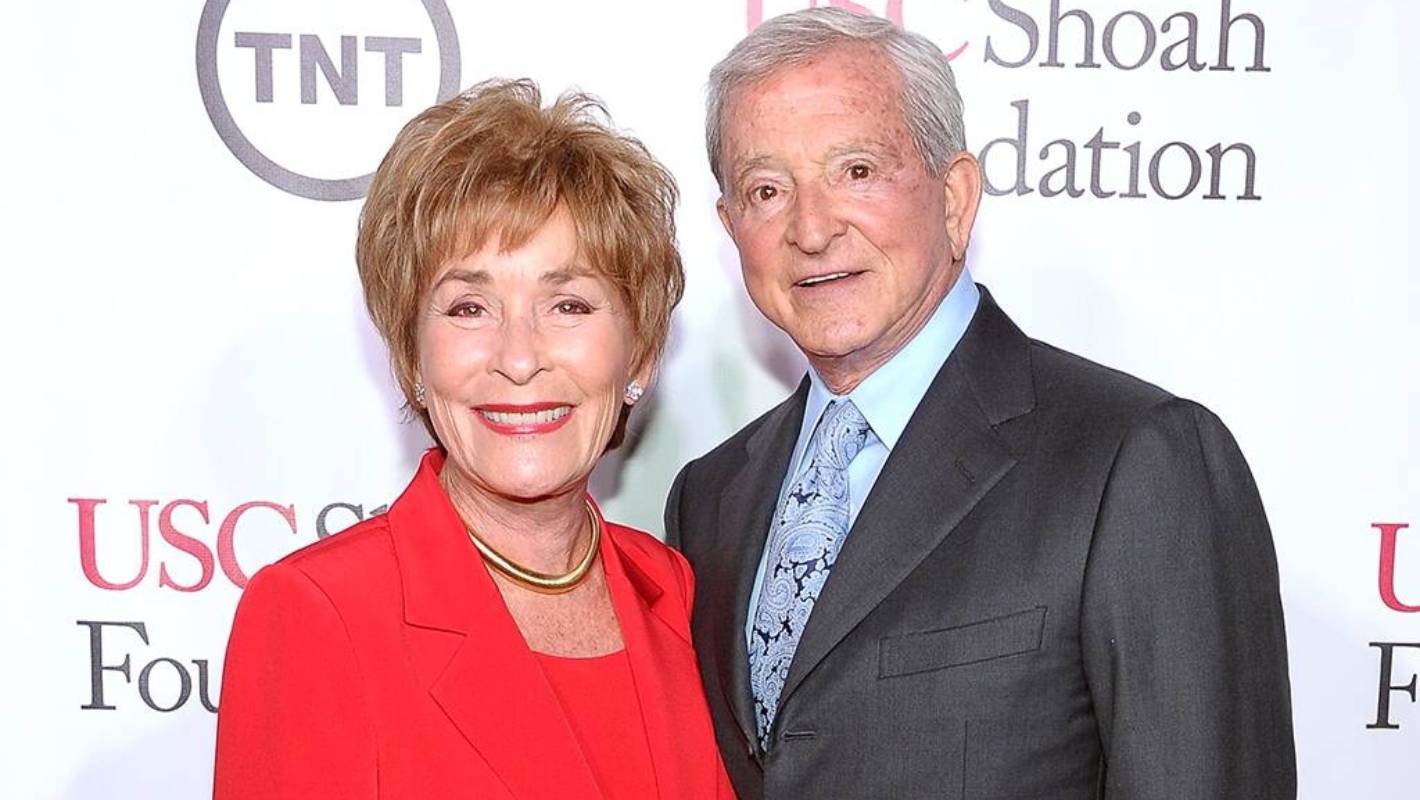 Let the record state that Judge Judy Sheindlin and her husband, the honorable Jerry Sheindlin, haven’t had the most perfect of marriages. But we’re going to go ahead and deliver our verdict: Anyone who makes it past their silver anniversary is a winner.

And Judy is already well into her 44th year of marriage with Jerry, which is some two decades longer than she’s presided over her triple Daytime Emmy-winning eponymous court series Judge Judy—one of the longest-running shows on television with ratings that far surpass pretty much anything else that airs during your lunch break.

The pair just had to overcome one teeny, tiny blip that saw the two judges, perhaps ironically, facing off in court.

Dissatisfied with Jerry’s inability to take care of her as she grieved the 1990 death of her father, Judy issued an ultimatum. “She said to me, ‘If you can’t maneuver this, I’m going to divorce you,'” he recalled to Marlo Thomas and Phil Donahue in the duo’s May 2020 release, What Makes a Marriage Last. “And I said, ‘Oh, yeah? I dare you.’ And the next day I got divorce papers. The next day. So, that was the end of that.”

It wasn’t of course, their split lasting all of a year and ending with Judy accepting this particular blindspot of her husband’s, declaring to Marlo and Phil that oftentimes you truly can’t change a man: “Like they say, don’t try to teach a pig to sing. It doesn’t work and it just annoys the pig.”

Not that Jerry, a retired New York Supreme Court justice, regularly gets a pass. In real life, Judy is every bit the exasperated, watch-tapping, meme-generating, take-no-prisoners cultural icon that she portrays onscreen, never afraid to unleash one of her patented insults or remind a defendant, “On your best day, you’re not as smart as I am on my worst day.” (Or, as Amy Poehler lovingly referred to her as she presented Judy with her lifetime achievement Emmy, “the Jewish mother we all want.”)

Transitioning from his work on the New York Supreme Court at the time, Jerry was speaking to the paper about his new gig as arbitrator on the third season of The People’s Court—a role that his bride pushed him to consider despite it placing him as her direct competition.

“She is the one that told me I should do it,” he assured in that 1999 interview. “If she had any reservations at all, I wouldn’t have done it.”

Not that she had allll that much to worry about considering Judge Judy began crushing its next closest competitor, Oprah Winfrey with all of her free cars and celebrity confessionals, two years after its 1996 debut. Still, Jerry cautioned to the paper, if “my show takes off and I beat her, I am contacting Hollywood immediately to remake the movie Sleeping With the Enemy.”

One could argue a ratings battle was nothing compared to what they’d already endured.

The stand-off led to the sort of expedited divorce that occurs when both halves of the couple are judges. Then, not long after, came the regrets.

“I missed her presence the very first week that we were separated,” he shared. “It was the first time in years that we didn’t get to see each other every single day. It was such a strange experience.”

Equally as forlorn, she was receptive when he phoned her up after a year apart, agreeing to his request for dinner and gamely detailing one particularly unsuccessful date that had her telling an overweight suitor to rethink his dinner order. “I was so pleased having her tell me that story,” Jerry said, “because, at that moment, I knew she eventually had to come back to me.”

As predicted, their marriage license request was handled immediately, the standard 24-hour waiting period waived. The pieces snapping into place, she called up her best friend of 40 years to serve as maid of honor, he contacted his son, working at his downtown Manhattan law practice to stand in as best man, and after a quick call to Jerry’s New York Supreme Court justice pal they had an officiant.

In other words, that conventional wisdom about choosing your battles holds strong. Though Jerry would throw in an addendum that you also need to be certain you’ve found the person you’d like to fight alongside.

“The truth of the matter is: No matter how you slice it—no matter how many sponges you buy—it’s all irrelevant unless there’s a special feeling when you speak to her, when you hug her and tell her you can’t do without her,” he added. “If you love your mate, it all works out.”