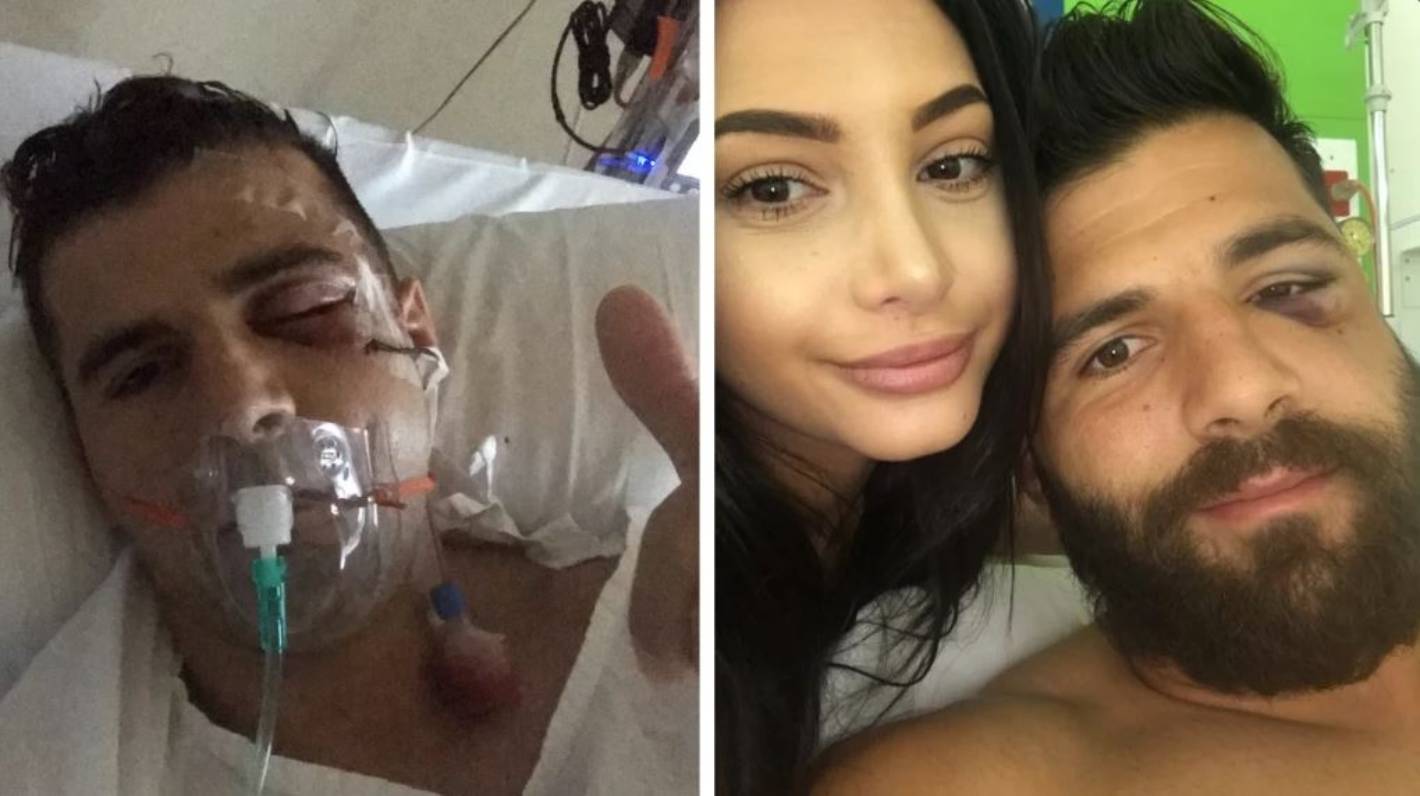 Josh Mansour will walk out on to ANZ Stadium for Sunday’s NRL grand final knowing there’s a chance it may be the last thing he ever does.

The Panthers wing has revealed the stunning details of the horrific facial injury he suffered in 2018, including a stern warning from surgeon Dr Malcolm Lyttle that rugby league could cost him his life.

“He wasn’t confident for me to ever play again,” Mansour told the Sydney Morning Herald. “He kept stressing to me that if I copped another knock to the face, it was a matter of life and death; that if I cop a bad enough hit, I could die.”

Lyttle had seen plenty of facial injuries throughout his career. But the five broken bones Mansour sustained from the knee of Gold Coast winger Anthony Don at Panthers Stadium on April 15 two years ago ranked as one of the worst he’d seen. The scans painted a frightening picture.

“He [Lyttle] freaked out about how much bone was shattered,” Mansour said. “He couldn’t believe the force that went through my face. He’d seen 12 people in his whole career as bad as me. People who had that similar injury to me were car accident victims and army soldiers injured in bomb blasts.”

Despite the warnings, including fears for his life, Mansour only cared about one thing. “Malcolm sat us down and spoke about all the details of the surgery and the potential risks,” Mansour’s wife, Daniella, recalled.

“After he finished speaking he asked if we had any questions and Josh straight away said: “Will I play football ever again?’ That was his first question. Not what will I look like, not will I be able to play with the kids. It was about football. If the surgeon tells Josh he can play football again, to him that’s a full life. That was the only question he had to ask. I wasn’t going to influence his decision. It was his choice. It’s his dream. How do you tell someone, ‘No, you should stop living your dream now?’

“Everyone that plays knows the risk. Anything can happen on any given day, you just don’t know. It’s not my position to tell him he should stop. You could die in a car crash. I worry about that every time I take the kids in the car. But can you really live your life scared? He was living his dream. In everything you do there’s a risk. If you are scared you’ll never live life to the fullest.”

The dangers were real and Mansour had to wait two weeks for the swelling to go down before he could undergo surgery. There was also a possibility that he could lose his eyesight, given how delicate the surgery to repair the damage was expected to be. It’s why the memory of waking up from the seven-hour operation, which left him with three metal plates and 18 screws in his face, will forever be etched into his memory.

“I remember when I woke up, my eyes were completely shut and I didn’t know if I could see,” a teary Mansour said. “I lifted my eyelid with my fingers and the first people I saw were my wife and daughter. It’s a pictured memory in my head. I’ll never forget it. I’m getting emotional now thinking about it.”

When Mansour left the field against the Titans in 2018, the team medical staff demanded he refrain from blowing his nose in fear of damaging his eye. But the former NSW and Australia winger was in such pain he forgot the warning and was rushed straight to hospital as a result of his actions.

“If you blow out of your nose with an orbital fracture, air can go through the pocket and pop your eye out,” Mansour said.

“I was in the shower and completely forgot about it because I was in all sorts and had so many thoughts going through my head wondering if I was ever going to play again. I forgot and I blew my nose and my whole eye puffed up. There was this massive air bubble and they rushed me straight to hospital.”

More than two years have passed since the ordeal and, while he’s made a near full recovery, there are a few lingering effects from the injury.

“I still have a bit of nerve damage,” he said. “I get a lot of tingling and numbness just above my cheek. When I go to clip my beard where my moustache is, it gives me a funny feeling in my face. But I’m OK. Daniella has been massive for me. I knew she was worried, but she never let that fear impact on me.

“If I had to worry about the fact that she was worried about me, it would have been hard to keep playing; it would have held me back. I wouldn’t have got through it without her support. I would’ve retired if she didn’t want me to play.”

Mansour also felt he owed it to the club to continue.

“I love this place so much,” he said of the Panthers. “Words can’t even describe how much I love this place. It’s my home. This place is my home. Every time I’ve come off contract I’ve never ever wanted to leave. My heart is here. The club has always had my back and by playing on I wanted to pay them back.”