It was the campaign we could have all got behind: strong tea, more jam, better scones. How the heck did that sign end up on Nick Smith’s wall?

When One News interviewed National Party candidate Nick Smith at his Nelson party headquarters during Saturday night’s election coverage, it seemed like just another chat with an exhausted candidate surrounded by their loyal supporters. That’s until you look at the top left corner of the screen, where a National Party billboard hides in plain sight. At first glance, it seems entirely normal. Strong team, more jobs, better economy. Nothing to see here, folks.

Then, you blink. You blink again.

Does that poster say “strong tea”? Is Nick Smith really offering us “more jam”? Is it too late to rescind my votes, based on National’s unexpected yet electrifying promise of BETTER SCONES?

In the words of Paddy Gower: “kaboom”. That billboard was more surprising than David Seymour knowing the names of all his MPs, and enough to tip election night on its head. Was this a mirage, an uplifting vision that appeared only to the weak and weary who had sat through Kelvin Davis’s poem? Who was responsible for this delicious deviation from National’s brand? Why is there no mention of cream, and why didn’t National campaign on this relatable message all along?

The truth was out there, and we wanted to cover it in more jam. Nick4Nelson Smith had already given us some of the best signs of the campaign, and the thought that the greatest sign of all had been hidden away until it was too late was a tough cross to bear.

First of all, the sign is real. A source revealed to The Spinoff that it was “a bit of a joke” created by Nick Smith’s Nelson electoral team in response to the unpleasant billboard graffiti often seen during election campaigns. “We did the one that we had on the Saturday night, but the idea was from one down on the West Coast.”

The West Coast graffiti was the main inspiration, but the source revealed there was another defaced billboard that tickled their political fancy, one that involved a plethora of tongues. “Somebody had gone to quite a lot of trouble, they hadn’t defaced it but they’d got cut-out stuff and made pictures of his tongues and that sort of stuff.”

Nobody tongues a billboard and gets away with it in Nelson, so the local team decided to whip up their own hilarious hoarding. “We just thought it was a bit of a giggle,” the source said.

Even Nick Smith saw the funny side. “Nick has a good sense of humour about it,” the source told us.

Given Saturday night’s results, Smith may not be laughing now. Having lost his Nelson seat to Labour’s Rachel Boyack, Smith’s political career rests on National receiving enough special votes for him to enter parliament as a list MP. It begs the question, would the election result have been different if National had indeed campaigned on the slogan of “strong tea, more jam, better scones”?

“I hope voters aren’t making their decisions based on who’s making the best scones,” the source said.

More importantly, does National really have better scones? “We have fabulous scones,” the source said. “Actually, on Monday morning, we had date scones and the dates had been soaked in orange, and they were stunning. We sat down and had good coffee and good scones, and thought, goodness gracious, what a weekend that was.”

What a weekend, indeed. Better scones and better living, everyone. 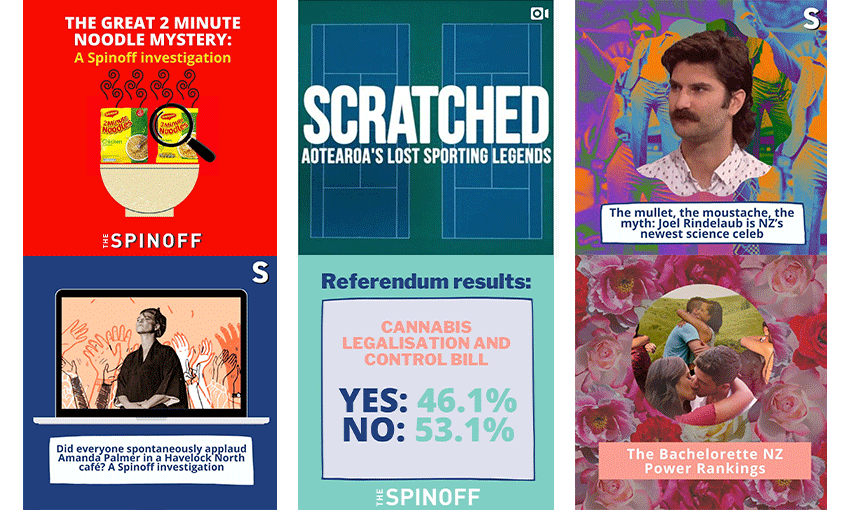