Derrick Henry has become an NFL superstar on his own terms 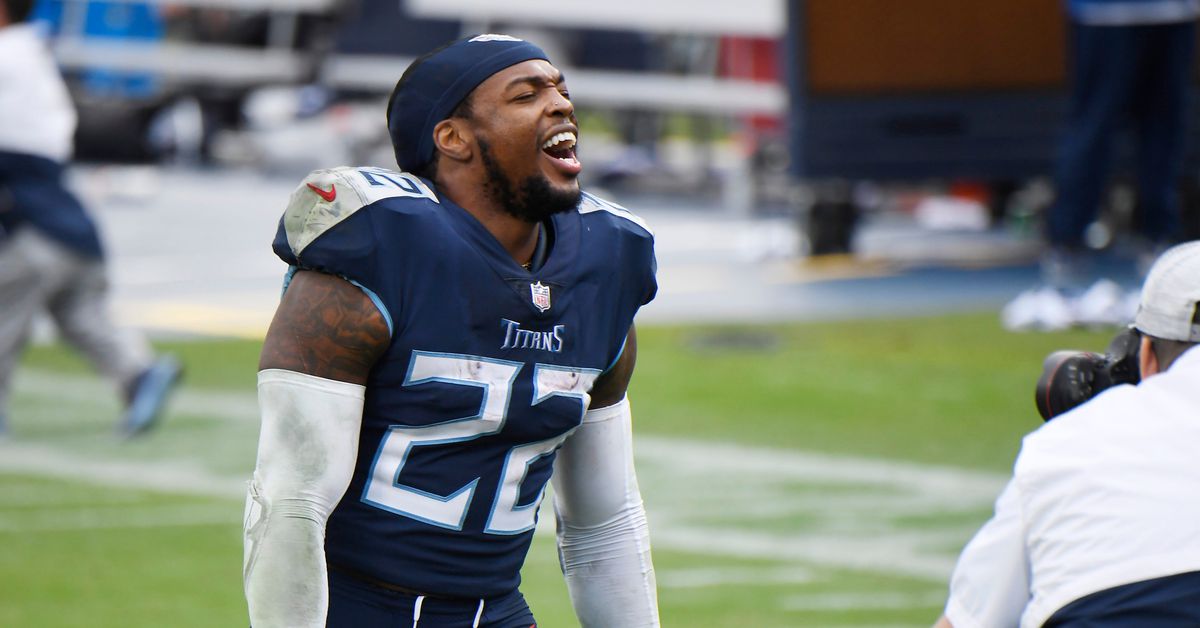 Derrick Henry can’t be stopped. While the existence of the power back has slowly slipped away from modern football in favor of the vertical passing game, Henry is a throwback to the days when the starting tailback felt every bit as important as the quarterback.

Henry continued his brilliant season by powering the Titans to 42-36 overtime victory over the Houston Texans in Week 6. Henry finished with 212 yards rushing and two touchdowns — including the game-winning score in overtime. A year after going to the AFC title game, Tennessee is off to a 5-0 start on the new season and continues to win with a vintage formula built around their superstar running back.

Henry gave the Titans the lead early in the fourth quarter by busting a 94-yard touchdown run. Henry is known for being big and strong, but he’s also super fast. He hit 21.62 miles per hour on the play, which is the fourth fastest speed a ball carrier has reached this season.

After the Texans forced OT, the Titans won the coin toss and let Henry pound the ball into the end zone to end the game. Texans quarterback DeShaun Watson looked like he knew his team would lose the game as soon as they lost the toss. This is the inevitability of Henry.

With quarterback Ryan Tannehill lined up at wide receiver on third and goal, Henry took the direct snap and punched in the game-winner.

There are still plenty of dynamic running backs around the NFL, but there’s no one else who plays quite like Henry. For one, he’s just massive: standing 6’3 and a double bacon cheeseburger away from 240 pounds, Henry makes the other players at his position look like tiny children. Henry isn’t much of a threat as a receiver out of the backfield. He doesn’t have a 4.3 40-time. While so many of today’s best running backs thrive getting the ball in space, Henry is at his best when he’s creating his own. The Titans star would rather run through defenders than around them.

By now, you have probably seen the vicious stiff-arm Henry laid on Buffalo Bills cornerback Josh Norman in Week 5. It’s one of the great NFL plays of the season. It helped power the Titans to a 42-16 victory over the previously unbeaten Bills that continued Tennessee’s undefeated season. Henry only finished with 57 yards rushing on 19 carries, with no run longer than 12 yards, but no one is talking about that today. Instead, everyone is still marveling at his stiff arm, while fantasy owners also celebrate his two touchdowns.

The still photos of Henry’s stiff arm are better than the video:

That’s one of the best NFL photos you will ever see. Norman was once standing perfectly upright — Henry made him go completely horizontal. It’s a perfect showcase of his punishing running style. If a picture is worth a thousand words, this photo sure captures the beauty of Derrick Henry much better than any essay ever could.

There are so many great photos of Henry’s stiff arm from Tuesday night. This one looks like Norman is hitting himself in the face:

This one looks like Norman is trying to kung-fu kick Henry:

You know a sports play has truly resonated with the culture when it turns into an instant meme:

And here’s the video one more time, in case you somehow missed it:

Derrick Henry’s high school stats are unreal to look at

Henry first entered the national consciousness as a college player at Alabama, but he’s been incredibly awesome since well before that. Just look his high school game log:

Henry was considered the No. 12 overall player in the country out of Yulee, FL when he committed to Alabama. Go check out the names above him in the high school recruiting rankings and you’ll find a lot of guys whose careers never took off in the NFL.

Even the best high school recruits aren’t exactly preordained for future NFL success, yet Henry has gotten there. Henry’s high school mixtape shows those numbers are no fluke.

Derrick Henry’s college highlights show how he became a legend

Henry didn’t get on the field much as a freshman, but he showed how dominant he could be when he did get the ball. Henry had 35 carries his entire first season on campus, but finished with 382 yards and three touchdowns on the ground. That’s good for an average of 10.9 yards per carry.

As a sophomore, Henry split carries with T.J. Yeldon, finishing with 172 carries for 990 yards and 11 touchdowns on the ground. That’s 5.8 yards per carry, which is still obscene given his workload.

As Yeldon moved onto the NFL, Henry finally got the backfield to himself as a junior. All he did was finish with 2,219 yards and 28 touchdowns on 395 carries. It was one of the best seasons a running back has ever had at the college level, and it earned Henry the Heisman Trophy.

Despite Henry’s amazing production in college, NFL teams still had their doubts when he entered the draft.

Henry’s draft stock was a victim of timing more than anything else. He entered the league in 2016, right as teams were realizing that running backs typically have short careers and are easier to find later in the draft than other positions. These days, if you take a running back in the top-10, you’re likely to get laughed at a few years down the road. The Jacksonville Jaguars certainly know the feeling after taking Leonard Fournette at No. 4 overall in 2017 only to cut him a few years later.

Henry slipped to No. 45 overall, where the Titans picked him in the second round. He was the second running back off the board, only behind Ezekiel Elliott who went No. 4. It would be unfair to say pro scouts were totally wrong about Henry — they just didn’t think his game was a perfect fit for how football is played today. Here’s the ‘weaknesses’ section of his old college scouting report:

On the heavy side, should drop some weight

Henry probably would have been a top-five pick in a different era. Regardless, he fought off any pressure to change his running style as he entered the pros.

Derrick Henry is now one of the league’s biggest stars

Henry had a relatively slow start to his NFL career. As a rookie, he split time with DeMarco Murray, finishing 490 yards and five touchdowns on 110 carries. In his second year, Murray and Henry were essentially in a 50/50 split in terms of carries. Henry finished with 744 yards on 176 rushing attempts, again with five touchdowns.

In his third year in 2018, Henry finally had the backfield (mostly) to himself. While teammate Dion Lewis still took up 155 carries, Henry was the featured back, and proved he could be productive. Henry finished with 1,059 yards and 12 touchdowns on 215 rushes, good for 4.9 yards per game. That set the stage for his breakout 2019 season.

Henry led the NFL in rushing in 2019, finishing with1,540 yards and 16 touchdowns on 303 carries, good for 5.1 yards per rushing attempt. He almost single-handidly carried Tennessee to the AFC title game, rushing for 182 yards in an upset win over the New England Patriots in the first round of the playoffs, and finishing with 195 yards against the Baltimore Ravens in the second round. This looked like the player we watched at Alabama:

Henry has succeeded in the NFL on his own terms. He’s still a power back. He’s still not a huge threat in the passing game. His running style remains mostly upright. Despite all of it, Henry is one of the league’s most dominant players.

The Titans are going to ride their star running back all year long. Henry was always destined for this type of success. As the league becomes more consumed with downfield passing, Henry’s throwback style makes him a singular star in today’s game. He wouldn’t have it any other way. 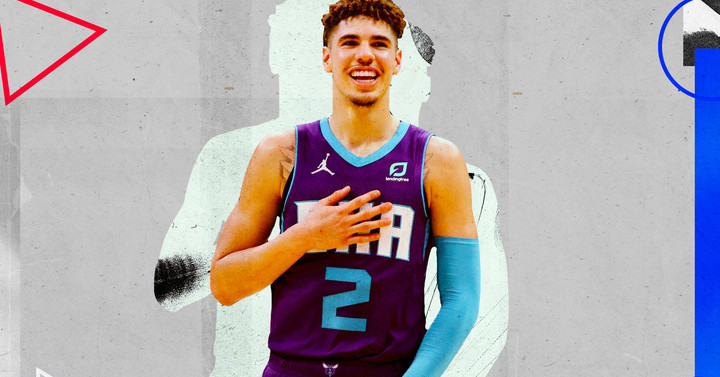